History of The Harvard-Yenching Institute 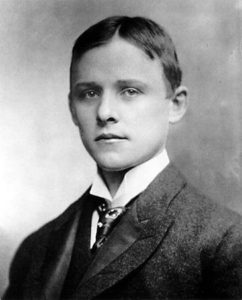 The Harvard-Yenching Institute (HYI) was founded in 1928 with funding provided solely from the estate of Charles M. Hall, the inventor of a process for refining aluminum and the founder of the Aluminum Company of America (ALCOA). Although the Institute has close ties with Harvard University, it is a legally and fiscally independent public charitable trust. Mr. Hall’s charge to the trustees of his estate was to promote higher education in Asia and to that end the trustees of his estate partnered with Harvard University in order to fulfill the Harvard-Yenching Institute’s mission as stated in its Articles of Incorporation, “to conduct and provide research, instruction and publication in the culture of China and/or elsewhere in Continental Asia and Japan and/or Turkey and the Balkan States in Europe, by founding, developing, supporting, maintaining and/or conducting one or more educational institutions and/or by supporting in whole or in part, co-operating with or joining or affiliating with other institutions now in existence or hereafter formed…” 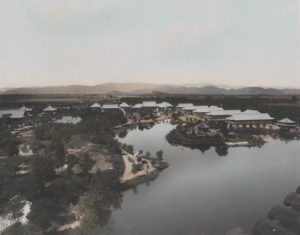 In the 1930s, the Institute supported the development of what became the Department of East Asian Languages and Civilizations at Harvard and founded the Harvard-Yenching Library as well as the Harvard Journal of Asiatic Studies (HJAS). During the 1930s and 40s, the Institute provided direct support to Yenching University, because of its focus on the liberal arts, along with five other colleges in China, Fukien, Lingnan, Nanjing, Shantung Christian and West China Union Universities, and Allahabad Agricultural Institute in India.

Since the 1950s, the Institute’s core activity has been to offer fellowships for overseas study and research to doctoral scholars and younger faculty members at leading East and Southeast Asian universities in all fields of the humanities and social sciences. Although the Institute has a special commitment to promoting the study of Asian culture, its support is not limited to that field. To date over 1200 faculty and nearly 700 graduate students from Asia have received Institute fellowships, including over 450 doctoral and M.A. students who have received their degrees with Institute support. In addition to providing fellowships, the Institute supports publications through Harvard’s Monograph Series as well as overseas publications in Chinese and Vietnamese, conferences, workshops and training programs.

The Harvard-Yenching Institute has a nine-member Board of Directors, consisting of three each representing Harvard University and the United Board for Christian Higher Education in Asia, and three independent members with significant experience in Asia. In addition, a HYI Faculty Advisory Committee functions as an informal advisory group to the Director, offering general advice on Institute operations and academic directions. In its over 90 years, the Harvard-Yenching Institute has had seven directors, each a member of the faculty of Harvard University.

Marakhonova, Svetlana. Serge Elisseeff’s Order of the Sacred Treasure: How the Son of a Russian Merchant Became the “Father” of American Japanology (book published in Russian). Saint Petersburg: SINEL, 2016.