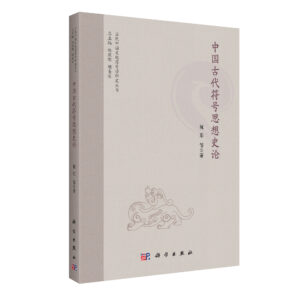 Semiotic Thought in Ancient China (2021) by Zhu Dong et al., is the first monograph to systematically reconstruct a Chinese tradition of semiotics. It is of great importance to contemporary semiotics and should be regarded as a representative of the New Semiotics movement. Consisting of ten chapters, this book reinterprets sign-related thought in ancient China from the perspective of cultural semiotics and covers its core issues.

The authors begin with a discussion of I-Ching易经, or the Book of Changes (Chapter 1), because they regard it as the origin of Chinese thought on signs. In I-Ching, the patterns and forms observed by sages of the things around them are used to construct a system of signs that outlines a dynamic universe. In other words, this sign system models the law of nature, and thereby constitutes traditional Chinese culture. Most importantly, the authors argue that I-Ching contains its own metalanguage that serves as its interpretive code, such as in the concepts of 位 wei (position), 中 zhong (middle, central, moderate), and 时 shi (time). Therefore, to explain the I-Ching sign system and the way it works, the authors carry out an in-depth analysis of metalanguage, the modeling mechanism of culture, and the semiosis of ideology.

The next four chapters (Chapters 2–5) examine the semiotic thought of pre-Qin philosophical schools, namely Confucianism, Taoism, Mohism, the School of Names, and Legalism. Influenced by the philosophy of change to varying extents, these schools then built on this influence to develop their own thought on signs. Because signs can reflect social reality, semiotic thought can be regarded as the mirror of social change. This premise is used to examine the five schools in question, which came into being with the decline of the Zhou dynasty and the occurrence of radical socioeconomic and cultural changes. Zhu Dong et al. argue that because the old cultural symbolic system could not accord with new meanings generated under the new social context, philosophers from these schools aimed to construct a new system to regulate social order. Therefore, their discussions on the dialectic relations such as between li 礼 (ritual) and yue 乐 (music), yan 言 (language) and yi 意 (meaning), and ming 名 (names) and shi 实 (substance, actuality) could be regarded as constituting a social semiotics of meaning.

After evaluating the semiotic thought of I-Ching and the pre-Qin schools, the authors extend their discussion to other cultural signs that have shaped traditional Chinese culture. In the rest of the book (Chapters 6–10), they discuss He Tu 河图 and Luo Shu 洛书, Wu Xing 五行 (Five Agent), Kanyu 堪舆, Buddhism in the Tang and Song dynasties, and Wang Yangmin’s Xin Xue 阳明心学, respectively. Importantly, the authors interpret the signification mechanisms and roles of relevant signs as those of constructing traditional Chinese culture. Their analysis reveals how the metasigns of Chinese culture saliently or potentially influence the conducts and beliefs of Chinese people.

This book could also be regarded as the frontier study of semioethics, since it pays particular attention to the humanism and moral ethics inherent in traditional Chinese sign-related thought. The authors hold that semiotethics is, in essence, the axiology of semiotics, and the value problem is at the core of every sociocultural theory. This is particularly true in the current book, since semiotic and semioethic thought in ancient China seem to be two sides of the same coin. Just as Zhu Dong puts it in the preface, this book, by “drawing on the metaethics of Chinese culture,” ultimately aims “to construct a Chinese tradition of semiotics with the dimensions of natural, social, and religious ethics.” Importantly, human being as only “semiotic animal” (Deely et al. 2005) in the universe, it the one that is capable of not only semiosis, but also semiotics; that is, it can use signs to reflect on signs, and therefore be fully aware of acting in full awareness. Thus, a vigorous Chinese semiotic system should respond to the ethical consequences that human beings face as the semiotic animal, within the contemporary context of global communication and production.

To sum up, it is an important book for both Chinese and world semiotics today. As the integration and symbiosis of cross-regional, cross-school, and cross-disciplinary theoretical developments, new semiotics constitutes the major driving force of global semiotics today. The current book belongs to this trend, because it provides not only a dialogic perspective to bridge traditional Chinese semiotic thought with its Western counterparts, but also a unique and indispensable perspective for reflecting current social problems, specifically the moral and ethical responsibilities people must face when participating in global communication.