A Historical Study of Indian Perceptions of China 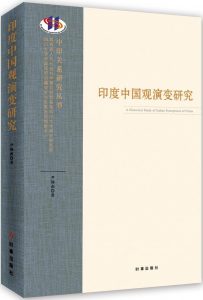 Why are Sino-Indian relations so tumultuous? Apart from the unresolved border conflict between the two countries, what impact do long-standing political, strategic, cultural and psychological biases and asymmetric perceptions have on the development of Sino-Indian Relations? China and India’s perceptions of one another have changed many times, from the imagined Buddhist civilization of ancient times, to the anti-colonialism discourse and development of Asian identity during the colonial period, to the imagination of Hindi-Cheeni Bhai Bhai and Asian-African Unity after India’s independence, to the demonization of China after the 1962 border war, to the imagined community of BRICS after Sino-Indian normalization and economic reform in the late 1980s.

The fluctuation in perceptions is rarely discussed by scholars as an important part of the history of Sino-Indian relations. Yin Xi’nan systematically and historically investigates the development and evolution of India’s perceptions of China from multiple perspectives (such as society, politics, economy, literature, history, etc.) and multiple levels (such as scholars, writers, media, etc.) and reveals the deep psychological mechanism impacting the development of Sino-Indian relations. With the application of interdisciplinary research methods in history, comparative literature and international relations, this book has become an innovative work with a unique research vision within the discourse surrounding the history of Sino-Indian relations. The author collects a large number of works or memoirs of Indian officials, scholars, writers and travelers for analysis. The primary shortcoming, however, is the lack of Indian original archives.

The author believes that since modern times, India’s view of China has developed from hazy to clear, from positive to negative, and then from a negative single stereotype to a complex and subtle multiple understanding. The first chapter mainly studies India’s perceptions of China from the Opium War in 1840 to the eve of the founding of new China in 1949. The author argues that India has a beautiful imagination of China in this period, based on poetic yearning and deep concern for China’s destiny, as expressed by Tagore, Nehru and Roy. The second chapter discusses how India’s perception of China changed from 1949 to 1988. Before the 1962 Sino-India Border War, India’s view of China was mainly positive, but became very negative after this war. In 1988, when the Indian Prime Minister visited China, mainstream Indian views towards China were still negative. The third chapter mainly studies how India understands China from 1988 to now. The author thinks that as China developed economically, India’s understanding of China has diversified to become mixed and agitated such as “a lot of voices,” which is the second transformation of India’s view of China at the end of the 20th century. In the fourth chapter, the author initially summarizes the basic characteristics and laws of the historical evolution of India’s view of China, then discusses how China and India understand each other now and provides his own suggestions.

As the author emphasizes, contemporary India’s cognition of China is not a rigid static state, but a dynamic image of China with both positives and negatives. The strength of color or the tone of light and shade in these two images are constantly developing and changing, which makes the mainstream mentality and tributary mentality of cognition of China a form of performance. The author thinks that the reasons behind it are the development of nation-state identity, the rise of geopolitical considerations, the changes in the international situation after the Cold War, the negative influence of the western view of China, and the “erosion” of the English hegemonic discourse on India’s cultural soul. The perceptions formed in a certain period have a lasting and profound influence on society and the country as a whole. The author discusses the perceptions behind the history of Sino-Indian relations and the role of historical memory, which is an important addition to the cultural dimension of international relations research.

Finally, although the author points out the cognitive asymmetry between China and India, the historical picture of his explanation is incomplete because the author does not systematically discuss the changes in China’s perception of India. Secondly, the article relies too much on the works of cultural and political elites, making it difficult to distinguish a scholar’s or leader’s individual academic views or prejudices from India’s overall public opinion, and the cognition of China needs further analysis and definition. The author also argues that “India and China used to seek mutual understanding and understanding through the West, now we should get to know each other directly face to face.” While it is important to eliminate the Western-centrism, the focus on removing Western influence makes it easy to ignore the deeper tensions and contradictions between the Chinese and Indian civilizations, and to overlook the benefits the West offers as a third-party reference level for China and India to more deeply understand themselves.