Leisure, Body and Politics: A History of Swimming in Modern China 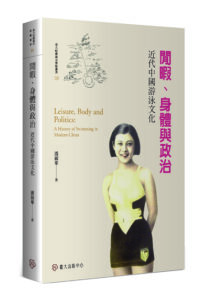 About the book: This book examines the relationship between leisure and politics by analyzing the formation and development of the swimming culture in modern China. The popularization of swimming in China demonstrates the localization process of a Western leisure activity spreading from the coastal regions to the central political area. Swimming represented a significant driving force of social and political change in modern China, and the swimming pool in Republican China was a new urban public space for young men and women to experience and showcase the modern lifestyle. At the same time, political authorities extended their power into the swimming pool, attempting to regulate the leisure space and the bodies of common people according to the ideology of the state. Swimming and sea bathing also transformed the physical landscape and the popular concept of the seaside. Leisure and national politics became further intertwined after the communist regime was founded in 1949. “Mass swimming” became a political activity through which the masses practiced and performed Maoism. Ironically, many people tried to flee from China by means of swimming, thereby turning swimming into an ambiguous political symbol that represented both common people’s loyalty to and repudiation of Mao Zedong.