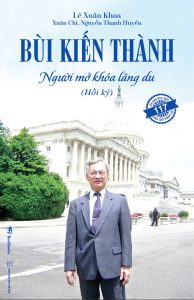 Bùi Kiến Thành is a prominent Vietnamese-American financier and economist who is well-known for his contribution to the current development of Vietnam. In this memoir-based work, Lê Xuân Khoa, Xuân Chi and Thanh Huyền recount the story of Bùi Kiến Thành’s transition from a special advisor to Ngô Đình Diệm, the first president of the Republic of Vietnam (RVN/South Vietnam) to a consultant for Đổi Mới (Renovation/Renewal), the normalization of diplomatic ties between Vietnam and the U.S., and three consecutive prime ministers (PM) of the Socialist Republic of Vietnam (SRV). The memoir not only provides full-fledged and vivid sketches of Bùi Kiến Thành’s life, but also contributes to a better understanding of the ascent of Ngô Đình Diệm as well as his fall, which challenges the conventional interpretations of Diệm in Vietnam and the U.S. The memoir also reveals untold stories of the SRV government’s attempt, with the silent contribution of Bùi Kiến Thành, in establishing relations with the U.S. during the 1990s. 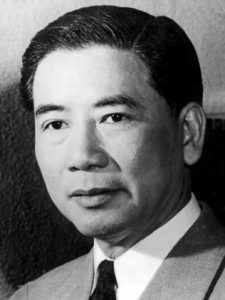 The memoir has 4 main parts. The first part is spent on describing his childhood and family in Vietnam and his younger years in France, England, and the U.S.; titled “Giữa Sóng Gió Thời Đại” (In the Midst of a Stormy Age), the second part of the memoir delves into Bùi Kiến Thành’s experiences as one of the first Vietnamese who received formal financial education in the U.S and especially his close relations with Diệm. The third part details his refugee experiences in France since 1965 after Diệm’s assassination in 1963 and his fifteen months in prison and how he was contacted to advise for the Vietnamese government in the preparation for the Đổi Mới in the 1980s. The last part narrates his key role as a go-between for both governments in the normalization of Vietnam-U.S. relations. Whilst the authors are very clear about the intention behind the book: the memoir is “not a historical book” (p.21), I broadly explore the memoir’s relevance to two issues of interest: Ngô Đình Diệm’s ascent and characteristics and the First RVN. 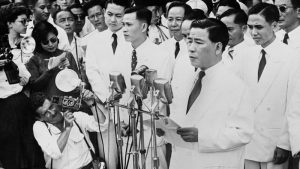 The memoir offers a better understanding of Diệm’s rise to power regarding his three other brothers’ support through Ngô Đình Luyện’s oral stories (p.110-112), why Bao Dai’s decision to appoint Diệm as prime minister in 1954 was not directly influenced by the U.S. (p.116-118), Diệm’s consolidation of power after becoming PM was “a construction” (p.112). Concerning the first RVN and Diệm’s fall, Thành mentioned the reasons behind Diệm’s failure that led to his assassination and the collapse of the first RVN were Diệm’s nepotism (p.177-180), his favoritism toward Catholics (p.182-186), Diệm and his brother Nhu’s failure to build the ‘Cần Lao’ Party (Personalist Labor Revolutionary Party) as a strong and organized political party (p.188-195), and his single-mindedness in resisting U.S. interference (p.182, p.194-195). 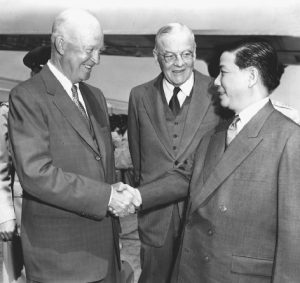 Contrary to previous studies and memoirs which have interpreted Diệm as an obstinate leader, the last Confucian, or the puppet of the Americans, this memoir describes Diệm as a determined leader who was not subservient to the U.S. and had his own characteristics and ideology. It is evident that Diệm refused to be a U.S. lackey, as Thành remembered his answer to the U.S. that “…If you guys come here [to Vietnam], the RVN government will lose its legitimacy. The Army of the RVN will no longer hold its active role but become an army that follows and supports the American army. Losing legitimacy, becoming a foreign lackey will sooner or later be annihilated because this country has not succumbed to any foreign army for thousands of years…” (p.195).

Overall, this Vietnamese-language memoir is a valuable source for scholars, researchers, and students interested in Vietnam’s history, Ngô Đình Diệm, the first RVN, and Vietnam-U.S. relations (p.257-310). This page-turner also resonates well with those who are keen on finance knowledge, economic ideas, and even history of science, technology, and medicine (Dầu Khuynh Diệp Việt Nam/越南白樹油, p.63-76).