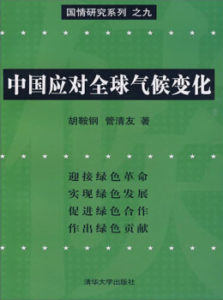 Global climate change is one of the most difficult challenges ever to confront humanity, which transcends national boundaries. Nation states, based on their individual position on the trajectory of economic development and various other factors, often have different approaches on how to respond to the issue. In such a backdrop, this book identifies China, one of the largest and most populated developing countries, as the world’s leading consumer of coal and energy on the one hand, and one of the worst-hit victims of global warming on the other. Consequently, authors in this book emphasize that China should assume its responsibility in contributing to global sustainable development and also provide details on how to do the same.

The book, at the outset, discusses the challenges faced by mankind due to climate change and then proceeds to talk about the deadlocks in international climate negotiations. Later in its second chapter, based on the principles of fairness and efficiency, it creatively puts forward two principles of global governance on climate change. The first one replaces the old two-group model of developed and developing countries with a four-group model based on the Human Development Index (HDI). The second principle requires the application of the resulting model to specify the major emitters as principal contributors to emission reduction. In addition, it proposes a two-step strategy for China to tackle the issue of climate change. This book makes it clear that China should proactively engage in relevant international cooperation, actively participate in international climate negotiations, make clear commitments to reduce emissions, and assume the obligations of a responsible power to achieve sustainable and green development.

The book adopts the concepts of international political economy to examine the climate change issue. It states that because of uneven sharing of costs and benefits, international climate change negotiation and cooperation is not working smoothly. The costs are non-competitive, with none of the benefits being non-competitive, while all the countries would be willing to share the benefits, they would conversely be reluctant to bear the costs. In the third chapter, Global Governance of Climate Change, the authors mention this as the cause of the prisoner’s dilemma in international climate negotiation. This chapter also refers to William Cline’s study to show that China’s interest in emission reduction is higher. The study further suggests that the development of a low carbon economy helps to promote employment. The third chapter also puts forward suggestions on how to reach an agreement on global emission reduction.

The book announces out loud that China should proactively engage in relevant international cooperation, participate in international climate change negotiations, make clear commitments to reduce emissions, and assume the obligations of a responsible power to achieve sustainable and green development. In its fourth chapter, Climate Change and China: Threats and Challenges, the book provides an extensive set of empirical data to reveal the real challenges faced by China. As an economist, Hu Angang brings out a clear picture of how China will be impacted in the international context of the low-carbon economic development.

In its next two chapters, the authors provide a roadmap to reduce China’s domestic emissions and to build a low carbon Chinese economy through adopting and implementing a series of domestic policies. In the last chapter, both authors interestingly write about China’s Dream of “One World, One Dream and One Action”: “One World” is the planet Earth which is the home to everyone; “One Dream” is the green dream; and “One Action” indicates the collective action of emission reduction implemented by humankind as a whole.

Overall, this book is a comprehensive study of China’s role in tackling the global climate change. This is one of the nine books of the ‘National Studies Series’ published by the Tsinghua University Press. This study very extensively brings out the challenges faced by a developing country to show its responsibility towards degrading environment and to focus on its socio-economic growth. This comprehensive study of China’s response to climate change is of high academic value for researchers working in this area.