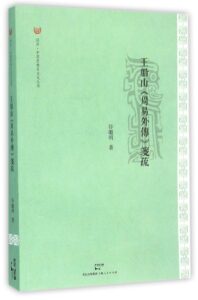 The importance of Wang Fuzhi 王夫之 (Wang Chuanshan王船山, 1619-1692) in Chinese intellectual history is beyond doubt. In the last hundred years, many important scholars—be they enlightenment philosophers, materialists, or New Confucians—have demonstrated a special interest in Wang Fuzhi, considering him one of the key figures in the transformation of Chinese thought in the 17th century. However, due to the profundity of Wang’s thoughts and the obscurity of his writing style, it remains a tough task for many readers to understand Wang Fuzhi accurately and in detail, especially his recondite writings on the Book of Changes. Based on close readings of Wang’s texts, Gu Jiming’s recently published Exegesis of Wang Fuzhi’s Outer Commentary on the Book of Changes gives fresh impetus to the studies of Wang Fuzhi’s thoughts on Confucian classics.

Drafted in his early years, Outer Commentary on the Book of Changes 《周易外传》 is one of Wang Fuzhi’s most important works. Rooted in a detailed emendation of the original texts in different editions, this new Exegesis comes up with annotations in five aspects: first, it interprets the meanings and pronunciations of uncommon words; second, it provides the sources of the literary quotations; third, it explains the special regulations and their symbolic messages in Wang Fuzhi’s usage of the Book of Changes; fourth, it points out the cryptic targets euphemistically criticized in the text; fifth, it summarizes and comments on Wang Fuzhi’s ideas. Thus, this Exegesis is not only a book of annotations, but also a set of useful reading notes and short papers helping readers to comprehend the text from various perspectives. For instance, by drawing widely from Buddhist texts and previous commentaries on the Book of Changes, the author sheds light on the hidden interactions between Wang Fuzhi and other scholars (see, for example, the critique concerning Buddhism in the footnote to p. 22 and that on Zhu Xi on p. 27); by comparing the contradictions of thoughts embodied in different parts of the Outer Commentary and Wang’s other works, the author proves that the Outer Commentary must have been revised by Wang Fuzhi later in his life (pp. 25, 49, 276); by translating literally the meanings of the text, the author rejects over-interpretations of Wang Fuzhi’s thoughts (see the critique on p. 24).

Gu Jiming received his Ph.D. degree from Peking University in 2013 and is now an assistant professor at Tongji University. With several notable works published, Gu Jiming has proven to be a promising young scholar in the studies of Neo-Confucianism and the Book of Changes. This Exegesis is a byproduct of his dissertation Studies on Chuanshan’s Interpretations of the I Ching 《船山解<易>研究》. Gu has also produced another exegesis of Wang Fuzhi’s Inner Commentary on the Book of Changes 《周易内传》, currently in press.