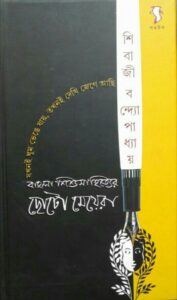 The first chapter focuses on a book of Bengali fairy tales by Dakshinaranjan Mitra Majumder published in 1907. The author meticulously examines its significance in the context of the swadeshi (self-sufficiency) and Indian freedom movements. Bandyopadhyay argues that this text is a narrative of the lost glory of a destitute country, and thus represents the triumph of the brave princes and ordinary men and women who were deprived of their kingdom and fortune. The final triumph of good over evil characterizes the devoted, brave-hearted young freedom fighters who sacrificed themselves for the sake of their motherland. The chapter thus highlights how a text becomes a linguistic metaphor for the swadeshi, counteracting the colonial educational system, and how its portrayal of selflessly devoted women narrates the urgency of devotion in a society educated in a patriarchal system.

The second chapter proves an exceptional resource for those studying children’s literature and comparative literature within a multidisciplinary context. Bandyopadhyay discusses how in Bengali children’s literature, the expansive psychological and imaginational sphere of the male child allows him to explore with a disciplined mind the boundaries imposed by certain social norms. In contrast, Bengali children’s literature afforded the female child only restricted space—or none at all. Here, the study displays its ingenuity in drawing exhaustive references to female and male writers of the period spanning from the 19th century to the present. Bandyopadhyay shows how pre- and post-independence literary texts and other media teach children and female children in particular to act and live life in a way which conforms to social norms established by the caste system and the system of Chaturasram—the four stages of life as laid out in the Manusmriti, an ancient legal text. In this domain, female child characters with independent pursuits become anti-heroes.

Bandyopadhyay’s book is at once an important critique of and an excellent work of scholarship on Bengali textbooks for children. The study becomes a seminal text in comparative literature when Bandyopadhyay discusses the different temporal and spatial dimensions of the constantly reformed concepts of the childhood and its determined timespan at the intersection of premodern and modern bourgeoisie contexts in Western and Indian societies. The book breaks new ground for researchers by portraying the absence—or the conformant representation—of female children through several linguistic, psychoanalytic and social movements.