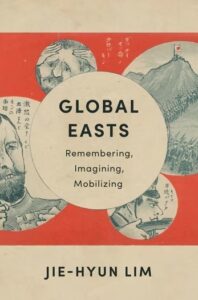 About the book: South Korean historian Jie-Hyun Lim, raised under an anticommunist dictatorship, turned to Marxian thought to explain his country’s development, even as he came to struggle with its Eurocentrism. As a transnational scholar working in postcommunist Poland, Lim recognized striking similarities between Korean and Polish history and politics. One realization stood out: Both Korea and Poland—at once the “West” for Asia yet “Eastern” Europe—had been assigned the role of “East.”

This book explores entangled Easts to reconsider global history from the margins. Examining the politics of history and memory, Lim reveals the affinities linking Eastern Europe and East Asia. He draws out commonalities in their experiences of modernity, in their transitions from dictatorship to democracy, and in the shaping of collective memory. Ranging across Poland, Germany, Israel, Japan, and Korea, Lim traces the global history of how notions of victimhood have become central to nationalism. He criticizes mass dictatorships of right and left in the Global Easts, considering Nazi jurist Carl Schmitt’s notion of sovereign dictatorship and the concept of decisionist democracy. Lim argues that nationalism is inherently transnational, critiquing how the nationalist imagination of the Global East has influenced countries across borders.

Theoretically sophisticated and conceptually innovative, this book sheds new light on the transnational complexity of historical memory and imagination, the boundaries between democracy and mass dictatorship, and the fluidity of East and West.

About the author: Lim Jie-Hyun was a HYI Visiting Scholar from 2002-03.