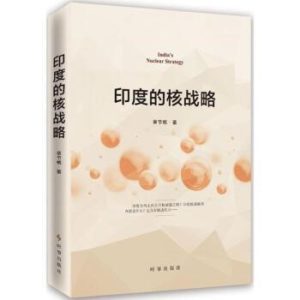 The fourth chapter analyzes India’s two nuclear doctrines, namely No First Use and Credible Minimum Deterrence. The author argues that a No First Use nuclear doctrine is ambiguous in the situations in which India would use nuclear weapons and that this doctrine could be a political deception and might change in accordance with India’s national interests. The Credible Minimum Deterrence doctrine, however, contains an inherent contradiction between “the most credible” and “the minimum”, which could cause the international credibility of India’s nuclear doctrine to fluctuate. The fifth part introduces the development of India’s nuclear power and the last chapter concludes with the influence of India’s nuclear strategy in the context of Sino-India relations.

The book is overall a comprehensive study that examines the origins, contents and influence of India’s nuclear strategy, offering Chinese readers a convenient means to access and understand the basic facts of the issue. Not only does the work theoretically review some important concepts related to the topic like “strategy”, “nuclear doctrine” and “strategic culture”, but it also provides a window into the practice of India’s nuclear strategy, at a time when the majority of Chinese academia’s attention and research remains centered on the nuclear issues of the US.

However, the book should have included more aspects into its analysis in order to match its broad theme as the book’s title indicates. First, it has a large scope but provides a less than persuasive analysis. For example, when analyzing the domestic and international factors that have shaped India’s nuclear strategy, the book does not provide persuasive and comprehensive analysis, while only ascribing the domestic motivation to strategic culture and the international effects to the global system and regional threats. Second, the author should have added more weight to the book’s concluding part which describes the influence of India’s nuclear strategy. The last part, ideally, should be more comprehensive and rational in order to better examine any such influence from different aspects.

Although in certain areas the book lacks some details and a more persuasive analysis, the author still systematically introduces India’s nuclear strategy, which helps the Chinese audience to better understand India.