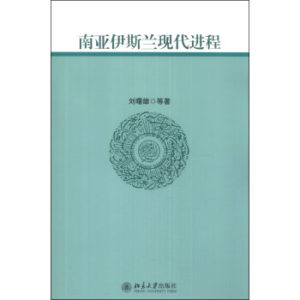 In China, academics concerned with Islam pay less attention to South Asia, while most scholars who study South Asia pay more attention to Hinduism than to Islam. Fortunately, Islamic Modernization in South Asia has filled the knowledge gap in this particular field, by comprehensively introducing the development of Islam in South Asia following the Great Rebellion of 1857. This book was written by six distinguished Chinese scholars who study South Asian languages, religions, and politics, and they contribute their excellent work to this book.

The book’s impressive exposition is its emphasis on the peculiarities and complexities of Islamic development in South Asia. The authors argue that the development of Islam in South Asia is more like the reflection of Muslim thinkers on realistic social and political issues. Since modern times, Muslims in South Asia have not only faced the impact of Western civilization on traditional Islamic beliefs, but also the impact of other religions in South Asia on Islam, the most typical of which is the confrontation between Hinduism and Islam. Under these two dilemmas, different Muslim thinkers have found different paths. Some thinkers want to reinvigorate Islam by learning from the west and actively reforming it; while others insist that the fundamental cause of the decline of Muslim society lies in the disloyalty to traditional Islamic beliefs and that the solution to the crisis faced by Muslims is to return to the Islamic tradition. Whatever path they take, these thinkers need concrete answers to the particular problems faced by South Asian Muslims. Consequently, the development of Islamic thought in South Asia is not only the result of the influence of modernization and colonialism, but also their response to specific problems in South Asia. There are four chapters that specifically introduce the origin, development, and influence of the ideas and thoughts of Syed Ahmad Khan, Muhammad Iqbal, Abul A’la Maududi, and Muhammad Ali Jinnah. Through the examination of how to deal with British colonial rule, how to view the relatively backward situation of the Muslim community in South Asia, and how to deal with the rise of Hindu nationalism, Muslim thinkers look to Islam for answers.

The Islamic ideas and thoughts reviewed in this book still have a profound influence on current South Asian politics. In recent years, attacks by Islamist militants across the border have occasionally ignited military confrontations between Indian and Pakistani forces, such as the border skirmishes and airstrikes that erupted between the two countries in 2019. Besides, a renewed tension between Hindu nationalism and Muslim nationalism has emerged. In August 2019, the Government of India revoked Article 370, an Indian constitutional provision that allowed the state of Jammu and Kashmir a certain amount of autonomy. The move provoked a backlash from the Muslim community. The last chapter of the book mentions that Article 370 was the right of the Nehru government granted to Jammu and Kashmir after the first Indo-Pakistani war. Fundamentally, Article 370 reflects the tolerance of Indian secularism towards other non-Hindu religions. However, this mutual opposition between Islam and Hindu nationalism has not faded away. Perhaps the jingoistic rhetoric used by many modern-day politicians in India and Pakistan—so as to distort the historical record to achieve short-term political ends—invites the application of the “ancient hatreds” theory, but a dispassionate examination of the historical record suggests that the theory, like the rhetoric, is wrong (Ganguly 1996).