Journalism of “Women/Children” with Ethics of Care 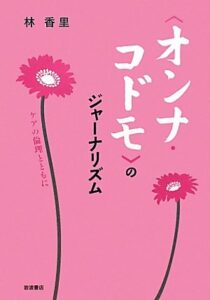 Journalism for Justice with Ethics of Care

Kaori Hayashi is a professor of Mass Media and Journalism Studies at the University of Tokyo, specializing in Japan’s newspaper and broadcasting media, cross-national news media analysis, and alternative journalism. In Journalism of “Women/Children” with Ethics of Care, Hayashi sheds light on journalistic practices that are sensitive to the needs of the socially weak and that advocate on their behalf. These practices, she argues, have not yet been evaluated fairly in the journalism scholarship. Traditionally, this scholarship has focused primarily on “mass media journalism,” which is rooted in liberalism and takes objectivity, neutrality, and impartiality as its core principles. However, Hayashi poses the question of why – despite the many changes in liberalism and challenges to it by feminism, commutarianism, and multiculturalism – journalism scholarship has not escaped from the liberalism-based “mass media journalism” paradigm. Hayashi’s project aims to articulate a “journalism of care,” sensitive to and advocating for the excluded and weak, and taking the ethics of care as an alternative journalistic ethic. This “journalism of care,” she argues, is not meant to replace “mass media journalism,” but rather to innovate upon it.

The third and fourth chapters advance Hayashi’s arguments on the ethics of care by focusing on the limitations of “mass media journalism” and the role of alternative media. In the third chapter, “Virtues and Sins of Journalism Rooted in US Liberalism,” Hayashi critiques “mass media journalism” on two grounds. First, its basis in utilitarianism, she argues, renders it vulnerable to “national interest.” Second, its division of value and fact, she points out, manifests itself in Japan in the form of blind “fact-following.” In her fourth chapter, “Is Alternative Media Public?” Hayashi uses Beck’s reflexive modernization and subpolitics, Habermas’ public sphere, and Luhmann’s conception of social movements and the alternative in locating alternative media not as a substitute for mass media, but rather as a core player in the formation of public opinion in contemporary society.

Hayashi’s fifth chapter, “Journalism and Women,” investigates how the media market has mobilized women as consumers and as journalists. Her sixth and seventh chapters, “The Non-regular Employee in the Media Business” and “Journalist as Professionals” deal with the problem of growing non-regular employees/freelancers in Japanese media and the need for journalists to form solidarity beyond their respective companies as members of a professional class. Finally, Hayashi’s eighth chapter, “From ‘Publicness’ to ‘Solidarity’,” argues that the term publicness is often used without concrete content, even as it has frequently been invoked in describing the problems of Japanese mass media through slogans such as “we need to recover the publicness of broadcasting.” She argues that this abstract word can be expressed more meaningfully as “solidarity.” In forming solidarity between society and media, Kaori argues that a “journalism of care” is needed.