Letters and Ping Pong: North Korean Diplomatic Offensive towards the United States in the Late 1970s 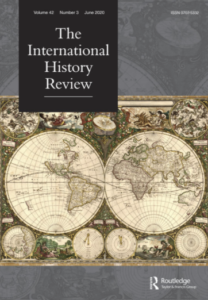 in The International History Review

Abstract: This paper unveils North Korean diplomatic offensive towards the U.S. in the late 1970s that began with the inauguration of president Jimmy Carter. Throughout 1976-1977, Chairman Kim Il Sung sought numerous attempts for indirect contacts with Carter via personal letters handed in to the American president by heads of state from Africa, Europe and Asia. At the North’s invitation, a U.S. ping pong team even went to Pyongyang to compete at the 1979 World Table Tennis Championships. All of these tactics, however, failed to pave the way for a Kim-Carter summit meeting. Following Sino-American normalization, Pyongyang abruptly agreed to revive inter-Korean dialogue and rapidly rejected Carter’s proposal for North Korea-U.S.-South Korea trilateral talks. This decision came to the surprise of Washington, Seoul and the Communist leaders worldwide who had helped to bridge between Kim and Carter. Why did North Korea, despite its hard attempts in seeking contacts with the American leadership, refuse this offer?

About the author: Do Dieu Khue was a HYI Asia-Pacific Studies Training Program Visiting Fellow from 2019-20.