Living with Waste: Economies, Communities and Spaces of Waste Collectors in China 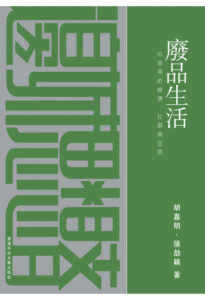 China, one of the world’s most rapidly developing countries, has entered into a new era of urbanization and mass consumption. As such, there has been a great deal of focus and research on China’s economic growth and mass consumption by urban Chinese. However, more consumption always means more waste. And yet this other side of urbanization and consumption—namely, waste production and its management in the modern cities of China—has been long ignored. Considering the weaknesses in public waste management, who will help reduce the waste produced in large cities? How do these cities deal with waste? What is the relation between this waste and the lives of urban dwellers? A groundbreaking work in this field, Wu Kaming and Zhang Jieying’s study investigates an invisible group living with waste: China’s waste collectors.

An ethnography, the book conducts its fieldwork in a small place called Leng Shui Cun 冷水村, located in the urban villages off the sixth ring road of Beijing, China’s capital city. Leng Shui Cun’s nearly ten thousand inhabitants are rural migrants from the poorer parts of other provinces. Like the others who make up Beijing’s more than 100,000 waste pickers, the residents of Leng Shui Cun make their living from waste collection. They travel to the city each day, frequenting different urban residences, office buildings, shopping malls and hotels in search of the discarded remnants of Beijing’s consumption. Sorting out the valuable recyclables, they sell these to specialized organizations or large recycling plants. Oftentimes, these people are described as dirty junk traders, a marginalized lower class, or victims of urbanization. This book attempts to go beyond the above labels and surface discourses, thus making the invisible visible, in order to understand the economy, community, and spaces of this population.

The book’s first section investigates how these waste collectors make their living in Beijing. It argues that the waste circulation in which they engage creates an informal economy that excludes the government as well as formal, corporate capital. In this relatively independent yet still hierarchical system, people can be positioned at a number of different levels, such as individual waste pickers, family workshops engaging in waste collection, waste dealers, and owners and managers of waste treatment fields. In the process of accumulating this “waste capital,” what has changed for these people is not only their roles in this system, but also their family life and affections. The second section turns to this group’s domestic life, considering the education of its younger generation and its connections to their old hometowns, among other topics. The final section discusses this group’s identities and spaces located both within and outside of the city. On the one hand, these rural migrants play the role of scavengers in Beijing, living with waste in a marginal part of the city; yet on the other hand, urban consumer life also exercises a great influence on them. The most interesting analysis in this section concerns some workers’ choice of footwear while working in the waste yards. Painting a surreal picture of some migrant workers sorting waste in Beijing’s rural-urban fringe zone while wearing fashionable high heels, this section reveals some of the ways in which these waste collectors are not only being influenced by their urban space, but also changing these working and living spaces in their own way.

To summarize, this book presents a new perspective on understanding waste and waste collectors in contemporary China. It does so by taking waste as an active agent that helps produce the subjectivity of waste collectors within the whole assemblage, and as a means of stigmatization as well as liberation. A reaction of Chinese fieldwork to the post-human turn and thing theory that focuses on the human-object interactions raised by Bruno Latour, Jane Bennett, and others in cultural and anthropological studies, this work is also a reflection on the consumer society of modern China and is thus well positioned to garner the interest of a general audience as well.