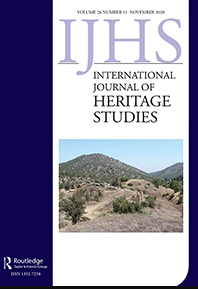 Abstract: The article presents a (meta-)historical approach to the process of heritagising the Vietnamese áo dài tunic, a fashion of modern times that is embraced as a symbol of Vietnam’s feminine beauty and cultural identity. What evolves around áo dài prompts a process of ‘making heritage’, envisioned as a cycle of memorialisation stemming from the point the áo dài was considered an expression of feminist ideology in the context of urban modernisation with the expansion of feminine space in Hanoi in the mid-1930s. Images of the áo dài play an important role in memories of the revolutionary uprising in August 1945 and of the war period. Once ideologically dismissed as associated with colonialism and the bourgeoisie, the áo dài is now promoted as a national symbol when such ideological distinctions become blurred. Drawing on literary sources (novels, short stories, poems, published memoirs) and media (newspapers, magazines) sources, I offer a sketch of changes from modernising Hanoi in the 1930s up to the post-Reform period, when memories and the mystique around the áo dài came to embody national pride and identity as a form of vernacular heritage.