Mental Disorders of the Tao Aboriginal Minority in Taiwan: Modernity, Social Change, and the Origin of Social Suffering 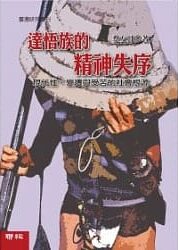 The Tao is one of the fourteen aboriginal ethnic groups in Taiwan, with an estimated population of around 3,500 people. They mainly live in Lan-yu, an island of 48 square kilometers, to the southeast of Taiwan. Until the 1960s, the Tao lived in relative isolation, relying on subsistence farming and fishing for their living. During the colonial period, Japanese authorities deliberately prevented the Tao from close contact with Taiwanese society in order to preserve Lan-yu as a reserve for anthropological studies. It was not until the late 1960s, when the Koumintang government decided to “modernize” the aborigines and Taiwan’s economy began to take off, that the Taos’ relative isolation was breached by the combined force of social, economic, and political factors.

Similar to many other aboriginal groups, the Tao have suffered from poverty and health problems since their encounter with so-called “modern civilization”. Recent psychiatric and public health surveys have consistently shown that the Tao have suffered an unusually high rate of mental disorders. The present book is a sociological analysis of this phenomenon, and a thoughtful exploration of the relationship among mental illness, social change and the condition of the aborigines in Taiwan. Current psychiatric research on the mental health of the Tao focuses on the biological aspect of the illness, and tries to identify the genetic causes. The treatment consists of medication and, occasionally, confinement to an asylum.

In this book the author convincingly argues that to understand the causes of the Taos’ mental disorders, a historical and social perspective is indispensable. Genetic research cannot adequately explain why the Tao did not suffer from a higher rate of mental disorders until three decades ago. The book describes in detail how education, tourism and mass media have changed the consumption pattern and value system of the Tao. Industrialization and economic growth in Taiwan, moreover, have provided financial incentives for the Tao to immigrate to Taiwan to seek jobs or to receive higher education, but have also exposed them to different cultural outlooks, intensive competition and racial discrimination, especially the generations who grew up after 1960.

Besides general social and economic change, two events have particularly traumatized the Tao. In the second half of the 1970s, the government launched a large scale council house building project in Lan-yu to “modernize” the Taos’ housing. To coerce the Tao to move into the concrete council buildings, the government systematically demolished their traditional houses by force. As the traditional house was of great significance in Tao culture, the policy has had a destructive impact on Tao society and has been extremely disruptive to their family cohesion. A lot of the council houses, moreover, were built with faulty concrete and soon became uninhabitable. The repair expenses entrapped many Tao families into a state of poverty. The other disturbing event was the building of of Taipower’s nuclear waste storage facility in Lan-yu in 1974. At the beginning of the construction project, government officials misled the Tao by telling them that the building was for a seafood canning factory. When the truth was revealed, the Tao were both apprehensive and angry. Today, the Tao still consider the nuclear waste storage facility to be the embodiment of a great “evil spirit,” and often blame their health problems, either physical or mental, on it.

The book offers an insightful analysis of the effects of the above two events on the mental health of the Tao. It also documents the introduction of alcohol to Tao society, which originally had neither a drinking culture nor a practice of brewing, and its baleful effects. The ways in which the Tao cope with mental disorder and the healing roles played by witch doctors, the Catholic Church and modern psychiatry are also discussed in depth. The similarities and relationship between the Taos’ traditional practice of exorcism and practices used by Catholic priests are particularly intriguing. The extensive interviews collected in the book and the author’s careful analysis of them amply demonstrate that it is economic privation, social pressure and cultural disorientation brought about by rapid social change that have catalyzed the high incidence of mental illness among the Taos. Using Arthur Kleinman’s concept of “social suffering” as the book’s theoretical framework, the author has succeeded in exposing the inadequacies of the current bio-medical paradigm, while avoiding the relativist traps of a strong constructivist approach. This book is not only a powerful critique of the misguided policies implemented by the Taiwanese government and the narrowness of modern bio-medicine, it is also a moving narrative of the predicament of the Tao and a thoughtful reflection on the consequences of modernity.