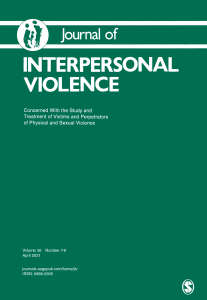 Abstract: Workplace sexual harassment (WSH) has been recognized in the literature as a serious problem for the past 40 years. Since 2017, the global #MeToo movement has fostered local awareness of WSH and inspired researchers in China to pay increasing attention. Guided by the gender empowerment theory, this study investigated the relationships between women’s responses as targets of WSH (e.g., choosing avoidance or confrontation) and both their perceptions of gender equality and their knowledge of the relevant national laws. We used data from a recent large-scale online survey conducted on the topic of sexual harassment among Chinese women in four metropolitan cities in 2018 and selected 862 women who had experienced WSH during the previous 12 months as the study sample. The results revealed that 545 of the respondents chose to show resistance when faced with WSH, while 287 identified their boss as their harasser. In addition, respondents’ perceptions of gender equality and their knowledge of national laws on anti-domestic violence were shown to have positive effects on their responses as targets of WSH. Moreover, monthly income, household registration, and type of WSH were found to be associated with targets’ responses in a statistically significant way, whereas their marital status, educational background, and age were not. Furthermore, the study found that the boss as harasser weakened the relationship between women’s perception of gender equality and their active response to WSH incidents. With this study, we advance our understanding of the important role that perceptions of gender equality play in women’s responses as targets of WSH, and we discuss implications for prevention and intervention efforts that encourage targets to actively respond. We advocate promoting education on gender equality, fostering awareness of the laws and regulations relevant to WSH, and cultivating an organizational culture and environment that is hostile toward WSH.

About the author: Wang Xiying was a HYI Visiting Scholar from 2019-20.