Progress or Decline: China’s Two Images of India during the Nineteenth Century 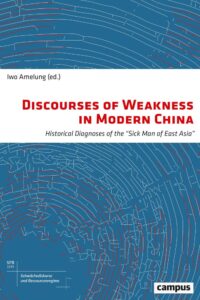 About the book: From the time of China’s defeat in the Sino-Japanese war of 1894–95 until the 1930s, the assumption that China was a “weak state” dominated political discourse in China and beyond. In those discussions, China was seen as lacking competitiveness in a world that was increasingly being understood in harsh Darwinian terms. Aiming to better understand contemporary China’s self-image and identity, this volume traces both the emergence of the narrative of China’s alleged “national ruin” and the discursive construction of China as the “Sick Man of East Asia.

About the author: Zhang Ke was a HYI Visiting Scholar from 2019-20.