Railway Modernity in China: The Temporal-Spatial Experience and the Cultural Imagination of Trains, 1840-1937 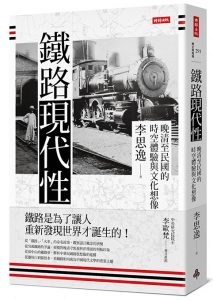 About the book: The book begins with the last decades of the Qing dynasty, when trains and railways were first introduced to China. It ends in 1937 before the breakout of Second Sino-Japanese War, when the process of modernization peaked in the Republican period. During this time, railways had undergone a tremendous change from a foreign technology into a part of people’s everyday life and the mainstream political ideology, which was simultaneously associated with the construction of Chinese modernity.

Unlike most of the studies in Chinese modernity trapped in the dichotomy between Western theories and Chinese histories, this book looks at trains and railways and reconnects them to the cultural theories of time and space in the historical context of early modern China by establishing a new research paradigm of modernity. Through examining various materials and representations such as neologisms, newspaper reports, images, public and private records, and literary works during that period, the book investigates various forms of modernity operating within trains and railways: the changing concepts of time and space, the bodily perception of mechanical acceleration, the new visual sense of speed, the political debates on the development of railways, and the modern Chinese literary experience of trains and railways. It argues that railways provide a new perspective for reflecting upon Chinese modernity and play a significant role in the making of the Chinese nation-state as well as the modern subjects.