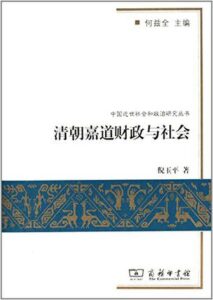 His new book consists of five chapters, not including the introduction and conclusion. In the first chapter, Ni provides a general description of the overall financial system of the Qing dynasty. Based on statistical data including materials the author newly discovered, the second chapter suggests that tax revenues did not decease but were stable through analysis of trends in the Qing state financial earnings and expenses during the first half of the nineteenth century; rather, the increase in state expenditure had weakened Qing finances to some extent, compared to Qing finances of the eighteenth century. Further, Ni argues in the third and fourth chapters that the rigidity and conservativism of the Qing state and the spread of corruption among officials aggravated fiscal imbalances. The final chapter demonstrates the diverse relationships between state finances and society through various examples. The author concludes that “quantitative changes without qualitative changes” was at the core of Qing dynasty finances in the first half of the nineteenth century.

With quantitative analysis drawing on numerous new materials, this book contributes to a new view of this period in Qing history. It, however, could have been further supplemented by more a detailed qualitative analysis of key events and representative figures, which the author seeks to do mainly in the final chapter but ultimately gives an encyclopedic, plain explanation. Furthermore, as the author concedes that state finances do not always correlate with economic development, more explanations are necessary to clarify whether tax revenue can be used as an accurate indicator for economic development.

This book, nonetheless, casts light on diverse aspects of the Qing dynasty in the first half of the nineteenth century, exploring primarily state finance with a great volume of empirical data. Ni Yuping’s informative work will serve as an essential guide for those interested in this neglected period in Qing history.