In the shadow of the great cities of Mesoamerica: A perspective from the periphery 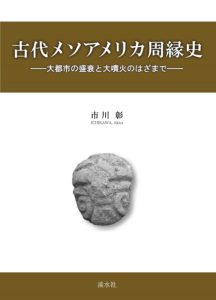 The importance of the role of the periphery has increasingly attracted the attention of Mesoamerican archaeologists. Perspectives from the periphery have continued to shed light on the complexity, diversity, and dynamics of local history. However, Arkira Ichikawa points out that there is a tendency for many archaeologists to view the periphery as an undeveloped and passive society.

This fascinating volume, In the shadow of the great cities of Mesoamerica: A perspective from the periphery represents the results of excavations carried out by the author in Chalchuapa, El Salvador, one of the most important ceremonial centers in the southeast Maya periphery. In this book, Akira Ichikawa attempts to clarify the strategy of the peripheral polity that led to long political prosperity without serious decay in the region.

One of the book’s strengths is the precise chronology based on the data acquired by the series of excavations. A detailed study of pottery combined with architectural sequences and large collections of radiocarbon data made it possible to develop precision chronology at Chalchuapa and allowed for the reconstruction of the regional history in detail from 400 BC to AD 1000. One of the most significant contributions made by Ichikawa’s work is to point out that there was continuity in the material culture through the Preclassic to Postclassic period in Chalchuapa without any serious decay, which differed from the findings of other studies that emphasized societal collapse.

Of course it is also true that there were societal changes through time. However, comparative studies of ceramic, figurine, sculpture and funerary styles indicate that the changes did not occur due to influence from major centers such as Kaminaljuyu and Copan. Further investigation through biological analysis and isotope analysis allows the author to point out that peripheral societies are not always passive, but maintain their identity through time.

These analyses are framed through the theoretical perspectives of “agency theory” and the author points out the existence of a “strategy of periphery.” The author concludes that this strategy allows long political prosperity without serious decay. In other words, the periphery does not intend to grow to an extremely complex and vast society because it leads to societal instability. Instead, the peripheral societies maintain adequate complexity and size deliberately to maintain the society.