The Southwest in Ming-Qing Literary Imagination 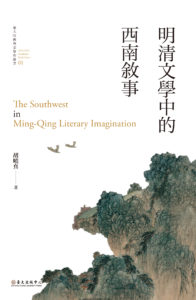 About the book: The Southwest in Ming-Qing Literary Imagination is the first literary study of writings about the Chinese southwest. During the Ming-Qing period, the southwest, precisely because of its peripheral position, was not only a nexus of political, military and ethnic conflicts, but also a hub of cultural encounters and a symbol of literary imagination. The literati who sojourned in the southwest had to deal with natural and cultural unfamiliarity, and they produced works that reflect their experience of confrontations and exchanges, and reveal aesthetic, emotional and ideological characteristics that are intricate and profound. In addition, their works also correspond to contemporary growing interests in geographical learning, and therefore are integral to how people perceived the world in early modern China. Under literary scrutiny, writings about the peripheral southwest provide an acute insight into the topics such as cultural identity, historical consciousness, emotional depth and aesthetic appreciation.