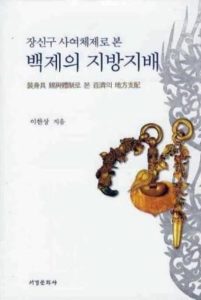 The luxurious artifacts displayed in museums—such as a highly decorated crowns, ornaments, porcelain, or swords—attract people’s eyes with their splendor and elaborateness. From them, we learn the aesthetic sense of people from the past and their highly sophisticated techniques to work on such precious materials. However, in addition to the beauty of these artifacts themselves, if we examine their production and distribution, important clues about the political relationships between giver and receiver can be inferred. The group who had the ability to access the raw materials and the techniques to make high-quality goods could establish hierarchical relationships with other groups by granting these items. Oppositely, the group who received these goods could emphasize their affiliation with more powerful groups and legitimize their status within society. In archaeology, goods of this nature are called ‘prestige goods,’ and have been studied as one of the important strategies to achieve political hierarchy in many complex societies.

This book, A Study on the Regional Ruling System of Baekje Shown from the Granting of Ornaments, focuses on the metal ornaments of Baekje (百濟) as a political medium rather than as a beautiful luxury item. Based on a deep understanding of both historical records and archaeological data, the author, Lee Hansang, suggests that Baekje ornaments are important pieces of evidence which reflect the political relationship between the Baekje and local elites. In his book, Lee insists that the Baekje state used a strategy that granted metal ornaments as a symbol of elite status, which he calls an ‘ornament-granting system,’ to efficiently incorporate local elites who maintained considerable independence during the fifth century. It was interesting to read his arguments reviewing several logical preconditions to suggest an ‘ornament-granting system.’

By diachronically examining the spatiotemporal change of ornaments, Lee also discusses how the ruling system and domain of Baekje changed throughout the 6th to 7th century according to political fluctuations of the Baekje state. The most contributive point of this part is that by focusing on metal ornaments among many prestige goods, he could materially address the changing status of local elites from independent local chiefs to the officials appointed by the Baekje. According to his analysis, when the Baekje established a more organized administrative system, the types of ornaments became restricted to parts of official attire, which implies that the local elites turned to officials following an official ranking system and Baekje started to govern its territory directly through a central administrative system.

Despite its great contributions, this book, which only deals with Baekje ornaments, does not provide enough contextual background or integrated viewpoints about the overall archaeological data from the time period. For example, Baekje ornaments have rarely been discovered in burial sites, and they were even concentrated on specific burials. His analysis does not include many burial sites, which although they may not have Baekje ornaments, may have other important goods or a large number of individual burials. These sites could reflect the existence of important local groups or a different status of local elites in relation to the Baekje.

Nevertheless, this volume offers an insightful explanation into one aspect of the Baekje political system through detailed research on metal ornaments—making it an influential study in Baekje archaeology. Recently, the author has been researching metal ornaments not only from Baekje but also a large amount of metal ornaments from Silla, providing a comparative perspective between two ancient contemporaneous states.