The Chinese of Thailand: Academic Diplomacy and the Convergence of Sino-Thai Intellectual Nationalisms 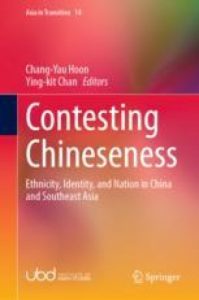 About the chapter: This chapter takes the Chinese in Thailand as an object of knowledge by focusing on how the meaning of being Chinese was shaped during the 1980 and early 1990s, a moment when Thailand–China relations was greatly improved. It argues that the status of the Chinese as a significant part of the Thai nation was systematically constructed during this period as a result of the convergence of Thai and Chinese intellectual nationalisms. Redefining the meaning of the Chinese in Thailand from being “the Other” to being a significant part of the Thai nation—i.e., the Chinese of Thailand—was necessary for both Thailand and the People’s Republic of China (PRC) as a way to forge cordial diplomatic relations, especially in the context of Soviet and Vietnamese, attempts to expand its influence in continental Southeast Asia. While serving as a tool to facilitate the forgetting of former animosities between Thailand and the PRC during the height of the Cold War, the redefinition also redefined the boundary between “Thainess” and “Chineseness” in Thailand and China to a certain extent.

About the author: Sittithep Eaksittipong was a HYI-NUS Joint Doctoral Scholar from 2012-16.