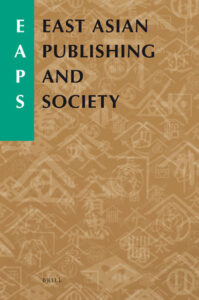 Nguyen To Lan and Rostislav Berezkin

Abstract: The Precious Scroll of Incense Mountain is a popular Buddhist narrative in prosimetric form that was transmitted to Vietnam from China and reprinted in Hanoi with imperial sanction in 1772. The historical background of the Hanoi reprint demonstrates that this text had much higher status in Vietnam than in China. In Vietnam it was regarded as an authoritative Buddhist scripture. The case of the reprint of the Precious Scroll of Incense Mountain reveals the role of Buddhist monasteries as centers of woodblock printing in Vietnam, which still remains understudied in current research. The growth of printing of Buddhist works, which enjoyed the support of the court and officials in the seventeenth and eighteenth centuries, testifies to the popularity of Buddhism among the ruling elite during the Later Lê dynasty, when Confucianism was proclaimed the official ideology of the state.

About the author: Nguyen To Lan was a HYI Visiting Scholar from 2013-14 and a HYI Coordinate Research Scholar in 2015.