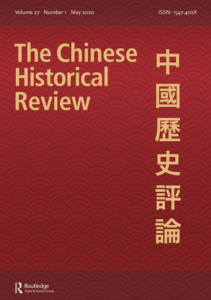 Abstract: Relying on unutilized archives and secondary literature on foreign establishments in modern China, this article uses the experience of Francis and Albert Knight, U.S. merchants and consuls in Niuzhuang, to examine American merchants in Chinese treaty ports in the mid-nineteenth century. It argues that U.S. presence in China in the said era concentrated on commercial activities in the treaty ports, and American commercial interests and protection over American commercial community there was the main focus of U.S. relations with China; and that free-lance resident merchants like the Knight brothers played a key role in defining American presence in China, especially in commerce, consular service, and the contour of expatriate foreign community, making U.S. power in China more “soft” or non-governmental due to a weak official presence. As the first research on the Knight brothers in Niuzhuang, this article fills a gap in the field of nineteenth-century U.S.-China relations.

About the author: Fan Shuhua was a HYI Visiting Scholar from 1996-97.