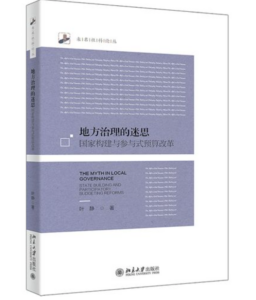 About the book: Local governments are in charge of sizable fiscal expenditures. The expenditure processes are usually not transparent. However, since the beginning of the 21st century, participatory budgeting reforms have appeared in some regions in China. These reforms have introduced public representatives into the local fiscal budget review process. Why are some local governments willing to open the black box of budget making? The existing literature focusing on incentives to maintain stability, obtain promotions and develop the economy cannot satisfactorily explain the emergence of participatory budgeting reforms in China. In fact, these reforms reflect two important processes in China’s new round of state building since the 1980s. First, the increasing centralization in China’s state has created a power dilemma in which disposable fiscal funds are allocated to rich regions. Second, because of the rationalization of China’s state, new ideas can reach officials more easily, increasing the possibility of the idea network formation between officials and idea providers. It is the superposition of these two factors that has led to participatory budgeting reforms in China.

About the author: Ye Jing was a HYI Chinese Politics Training Program Visiting Scholar from 2016-17.