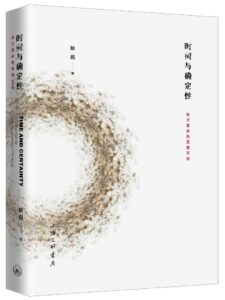 After analyzing the inevitable connection between recursion and cognitive blind hole, the book attempts to explore why and how recursion inevitably forms the cognitive blind hole by restoring the Buddhist time view. By metaphorizing “conditioned existence”(saṃskrta-dharmāh,有为法) as the most essential (introducing subjective variables) complex organization mechanism, the book divides the quadruple projection structure between conditioned existence and conditioned marks(有为相), and the feedback cycle between arising(生相) and abiding(住相), describes the self replication mechanism of the same structure of time, which leads to the emergence of cognition and the loss of background cognition.

Theoretical innovation often faces some new problems, which is no exception for this book. For example, the author advocates tracing the source as far as possible in theory, and emphasizes seeking inspiration from the older scriptures such as Ṛgveda and Suttanipāta. However, in the process of his writing, the author quoted many later works from Sarvāstivāda and so on, which played an irreplaceable role in promoting his theory. In the eighth chapter, the author even created the brand new “quadruple projection structure between the conditioned existence and conditioned marks”, which has not been seen ever before. Therefore, although the author has an admiration for the past, he did not totally follow the ancestors. Actually, the oldest scriptures may not always inspire our thinking today, while the later scriptures may also help us better understand the world. In fact, it is precisely because the author excludes the consciousness emphasized by Yogācāra from the understanding of the time, he ignores an important aspect of Buddhism’s interpretation of time. This also leads to the author’s relatively weak analysis on the conditioned existence and time. Although there is still much room for discussion at the level of details, this kind of interdisciplinary innovative thinking is undoubtedly worth encouraging.