The Tradition of Non-fortified Primary Capitals in Early China 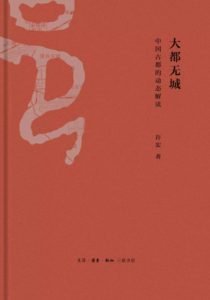 Urbanization is one of the most significant socio-political transformations in early complex societies, and it has been seen as an important focus for the study of early civilization. Based on his own archaeological research on ancient cities, Xu Hong puts forward the concept of “non-fortified capitals” which resulted from the development of a new type of political system, the early state. The book is composed of six chapters and presents a wealth of brilliant research.

In the first chapter, by analyzing new concepts, the author defines the features of cities in ancient China. The author goes on to clarify previous scholars’ research and then combines it with traditional literature to put forward his own theory of “non-fortified capitals.” The second to fifth chapters analyze the archaeological evidence of ancient capitals. Xu Hong begins with a flashback narrative starting from the Ming and Qing dynasties and going back to proto-history time. In the Erlitou (二里头) and Erligang (二里冈)  period’s capitals, the development of cities can be divided into two periods. In the early stages of the development of capital cities, from the Erlitou period to the Han dynasty, most cities were without an outer city wall, especially for the sites of Erlitou, Yinxu (殷墟) and Fenghao (丰镐), a phenomenon described as “non-fortified capitals” by the author. As for the chaotic period in early times, the building of outer city walls was practical in nature, most likely serving as defense fortifications. Whereas in subsequent periods following the end of the Han Dynasty, people began to build ceremonial-style city walls, associated with city planning characterized by the lifang (里坊) system (block planning) and a large central axis running through the city, exemplified by Yecheng of the Cao Wei (曹魏) State in the Three Kingdoms period. Xu Hong attributes the appearance of “non-fortified capitals” to the nature of the early states and the composition of the residents within capital cities.

In the last chapter, Xu gives a brief discussion and conclusion on the appearance of the central axis. Although the central axis originated in the prehistory period, the entire city was not designed with a central axis until the end of the Han dynasty. As Xu points out, it is the result of the centralized political government’s management of residents. In other words, the cradle of the central axis is a product of the post- “non-fortified capitals” era. With a grand perspective and heuristic viewpoint, Xu Hong presents fantastic research, which makes this book a must for those who study ancient Chinese cities.