The Weft Prophecy Texts and Political Legitimation in Medieval China 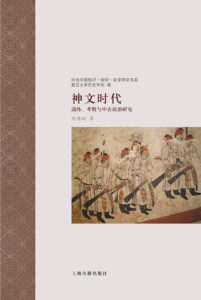 In this book, Sun Yinggang discusses the relations among knowledge, beliefs, and politics in medieval China. The core content of this book focuses on political prophecies and philosophical arithmetic and aims to explore how knowledge, beliefs, and their inner-logic helped establish political legitimacy in medieval China. After the Enlightenment and formation of modern disciplinary systems, rationalism gradually became a dominant discourse in interpretations of ancient politics and history, in both the West and East. The rationalist framework also influenced understanding and analysis of political culture in medieval China. Yin-Yang philosophy and the omens of disasters, astronomical measurement, geomancy, astrology and meteorology, and astronomical calendars were correlated with both proto-science and superstition in the mainstream narrative of Chinese history. Sun Yinggang, on the other hand, finds critical paths for exploring the inner-logic of medieval Chinese knowledge and its relations with politics and ideologies beyond the limitations of rationalist frameworks. In other words, unlike the approach of Joseph Needham, Sun’s research wishes to resituate these topics in their original historical context and analyze them across a more comprehensive political landscape.

The book is composed of three parts (11 chapters): Destiny and Prophecy (4 chapters), Felicity and Calamity (4 chapters), Calendar and Mathematics (3 chapters). In the second, third, and fourth chapters of the first part, Sun carefully describes the relationship between particular political prophecies and political legitimacy of medieval regimes. In that period, divination concerning auspicious clouds, “The Great Peace Emperor” (a Chinese version of Messianism), and political prophecies related to characters’ shapes, were not just a minor tradition as suggested by Robert Redfield, but actually an indispensable political resource in the construction of legitimacy for ruling regimes and rebellions alike. Interestingly, these beliefs could be transformed from negative forces to positive resources in particular situations. For instance, the legend about The Great Peace Emperor was a significant symbol for rebels in the Late Sui Dynasty; but after the establishment of the Tang dynasty, the rulers efficiently integrated and transformed the legend into positive political capital, assimilating it into the mainstream narrative of the new dynasty.

Another interesting case study is in chapter one of part two. In this chapter, Sun discusses the relationship between politics and music, to analyze The Anthem of Auspicious Clouds and the Clear River (Jingyun Heqing Ge) from the perspective of political and cultural history. In medieval China, according to the great traditions of ritual and music, the functions of imperial music were not only entertainment or amusement but also as a tool of imperial politics. This anthem and other similar anthems in the Early and Middle Tang comprised a musical narrative about the creation and development of the Tang dynasty. In this sense, the high and low tones, and the harmonious melodies, actually included considerable strong political referents and symbolic meanings, even relating to the rise and fall of dynasties.

Finally, in chapter 3 of the third part, Sun reinterprets a fascinating phenomenon in Emperor Suzong’s reign (711-762, r.756-762) – the fact that he had no reign title. As is well known, after the middle period of the Western Han, almost every emperor in Chinese history had one or more reign titles; this phenomenon has almost become a platitude for scholars who study Chinese history. In this situation, how can we explain the absence of any reign title during Suzong’s reign, and why did he insist on breaking political tradition? According to Sun’s analysis, the answer is related to the revivalist ideology in Suzong’s mind and revealed his particular response to the political crisis after the An Lushan rebellion. Additionally, his action was a tactical way to solve the political difficulties between him and his father, Xuanzong (685-762, r.712-756). Moreover, the case vividly depicts the close relationship between calendars and politics in medieval China.

This review cannot address all the rich and diverse topics in this book’s eleven different but related topics. It expands the academic horizon of political history studies in medieval China and raises a series of new issues that merit further exploration.