What makes China China? An Overview of the Central Plains around 2000 B.C. 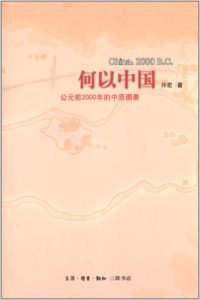 “What makes China China?” is a question that has puzzled scholars for years. In his latest book, author Xu Hong seeks to provide an answer by giving special emphasis to the discourse surrounding China’s protohistory and its first bronze civilization. Such is frequently considered to be a key to understanding the formula that has made China what it is today—a unitary multiethnic state.

“What makes China China?” is one of three volumes from Xu Hong’s Early China book series. In a previous work, “The Earliest China,” Hong considers Erlitou culture as a starting point of the core of Chinese civilization, while his latest book expands on this further by exploring the origins of the Erlitou culture, as well as those of earliest China. As many Chinese archaeologists know, some transmitted texts suggest that the Xia Dynasty was founded around 2000 B.C., even though there has yet to be any archaeological discoveries to support this viewpoint directly. Despite this, some new cultural phenomena did emerge during the period in question, which Xu introduces in his new book.

The first two chapters discuss the archaeological finds from Taosi culture in south Shanxi Province and Longshan culture in Henan Province. Such finds suggest that the brilliant Taosi culture started to collapse around 2000 B.C., while the Longshan culture showed signs of unification at roughly the same time. Xinzhai culture, the main content of the third chapter, stayed out of Longshan’s unification, thereby laying a solid foundation for the later success of turning into a territorial state of Erlitou culture. By defining the ‘Erlitou Era,’ the fourth chapter gives a comprehensive study on Erlitou culture, especially on the architecture of its royal palaces, and marks it as the starting point of China’s Bronze Age. In the last chapter, the author puts Erlitou culture into a broader context by discussing the root causes of cultural interactions and eventual periods of expansion during times of prosperity. Xu points out that the rise and expansion of Erlitou culture can also be considered the rise and expansion of dynasties in the Central Plains, which had a great influence on later dynastic Chinese history in terms of both geographic distribution and the Chinese tradition of soft power. The wide scope and broad interpretive invention of Xu Hong’s thorough study provides potential readers with an essential and valuable tool for studying Early China.