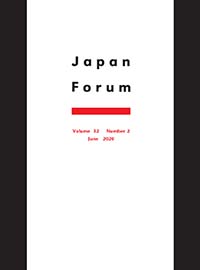 Abstract: The Meiji government did little to develop higher education for women in Japan, leading ambitious women, such as Tsuda Umeko, to cross the Pacific Ocean to seek opportunities for advanced studies. In the field of medicine, male physicians received training from their German counterparts, while female physicians, such as Yoshioka Yayoi, studied medicine under Japanese instructors. Nevertheless, some women did study medicine at American medical colleges in Meiji Japan. This article sheds light on seven American-educated female physicians who took advantage of a globalising trend – the rise of American Protestant missions. American female missionaries provided opportunities for Japanese women in both the teaching and medical professions. However, women’s overseas medical studies were short-lived because of the changing political climate and evolution in the medical domain at the end of the nineteenth century. At this point, as the likelihood of Japanese women going abroad for medical studies diminished, American missionaries shifted their focus to nursing education.

About the author: Hiro Fujimoto was a HYI Visiting Fellow from 2016-17.