The World of the Merchant in Chinese Literature 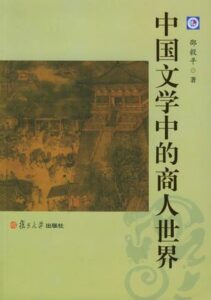 Merchants and the life around them have been important motifs throughout pre-modern Chinese literature. As the groundbreaking work in this field, this book traces the changing image of the merchant in representative classic literary works of different genres, explores the hidden mainstream opinions towards businessmen in different time periods, rediscovers classical texts and also reconstructs past Chinese society from a new perspective.

This book presents a merchant-motif history of Chinese literature, consisting of five parts arranged chronologically: pre-Tang, Tang and Five Dynasties, Song and Yuan, Ming, and Qing. For each chapter, the author starts with the introduction of historical and cultural background, followed by a statistical summation of the appearance of businessmen in main literary genres, textual analysis of representative texts, developed into an overall observation on the situation of merchant literature for the entire time period. The analysis consists of exploring attitudes towards merchants, the mental world and inner hopes of businessmen, their love and sex life, as well as the relationship between the Shi士(literati)and the Shang商(merchant).

This book evidences inspiring research methods. Although it focuses on Chinese literature, comparative perspectives are brought into the discussion. For example, in “Summons for Merchants on the Sea招海賈文” by Liu Zongyuan柳宗元, the idea that trading on the ocean is more dangerous than trading on land is reflected. In a footnote, the author explains that a similar idea also appeared in ancient Persian Literature.[1]While the focus is the analysis of the Chinese text, world literature is part of the background. The consciousness that Chinese literature is a part of world literature brings new perspective and inspiration.

Innovative paths for further discussion can also be found. For instance, in the section about merchants in the Shiji史記, while discussing Sima Qian’s attitude towards business, the author undertakes a comparative analysis with “Biographies of the Parsimonious貨殖傳” in the Hanshu漢書. Relegating the analysis to footnotes maintains the integrity of the discussion of Sima Qian’s ideas, while at the same time, Ban Gu’s adjustments of Sima Qian’s views can also be seen, in turn further highlighting Sima Qian’s extraordinary ideas.[2]

Another inspiring chapter is the discussion about Zhiguai xiaoshuo志怪小說 in the Six Dynasties. The author shows that if we reread the horror story with the aim of observing the life of a merchant, we can interpret the story from a completely different perspective. For instance, “Chen Xian陳仙” and “Feng Fa馮法” from the Youming Lu幽明錄are ghost stories that occur during trips, in which the main characters are merchants. We can discern the psychological activities and living conditions of businessmen hidden under the horror plots. Liu Yiqing劉義慶 clearly cared about and paid attention to merchants and their lives.[3] This provides a good research model for discovering new aspects of texts. No matter how classical a text may be, there are always new possibilities for interpretation. How should we evaluate previous scholarship? While we use it to legitimate our own opinion, are we also being trapped by it?