A scholar of Chinese language & literature, whose research focuses on modern and contemporary Chinese science fiction 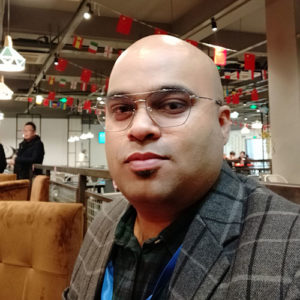 Shanky Chandra’s passion for Chinese language and literature can be traced back to his high school years, where he excelled in science, history, and painting Chinese pictographs. “I had a hobby that I used to draw whatever I was interested in or what puzzled me, then one day I saw some Chinese characters behind the Sony Trinitron Television, and I asked myself what are these things? What do they stand for? So, I started learning more about Chinese characters and started drawing them.” When it came to science fiction, Shanky loved it before he even knew what a genre was. “I always found all stories about planets, stars, space travel to be fascinating. Then my elder brother gave me Isaac Asimov’s I, Robot, in 9th grade, and by that time, I was solidly hooked.” Years later, and after many Chinese characters and painting experiments, Shanky found it “only logical” to pursue a Chinese language and literary career, so he applied to Jawaharlal Nehru University’s (JNU) Chinese Language Department, competing with over 200,000 other students  for a very limited number of spots. “I worked hard for it [the entrance exam] and, as a result, I cleared it and pursued my Chinese language and literature studies. I felt that I was on top of the world, and it was like a dream come true.” 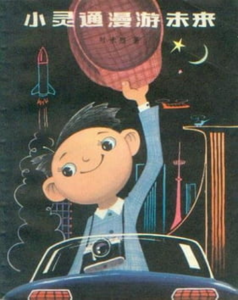 During his time as an undergraduate, Shanky was quick to immerse himself in a full range of courses both in Chinese literature as well as several in the humanities, all of which reinforced and solidified his intense interest in Chinese language and literature. “They all were both enjoyable and enlightening, providing me with a new and different perspective on the world in which we live. I am especially interested in nineteenth-century Chinese literature, women’s literature, history, folk literature, and internet literature in the realm of Chinese. My literary projects have involved some combination of these subjects.” Such, eventually led Shanky to stay at JNU to pursue a M.A. in Chinese literature and language, as well as a M.Phil in comparative literature. Alongside his academic pursuits, Shanky embarked on a Chinese language teaching career as well.  “I decided to pursue my Chinese language teaching career to give back to my students whatever I received and learned from my professors, teachers, and through my research.” 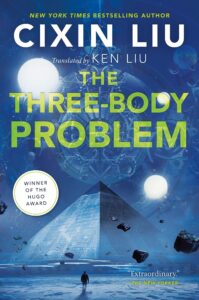 Later on, as a doctoral student at JNU, Shanky began to rediscover the Chinese science fiction works of his childhood, such as Fei Dao’s The Storytelling Robot (讲故事的机器人), Han Song’s Subway (地铁)  and Chen Qiu Fan’s The Mao Ghost ( 猫的灵魂). Shanky notes that “I found reading Chinese science fiction in Chinese—especially the development of characters, plot, dialogue, action scenes, and scientific theories, and logic—quite tricky to understand on the first reading. I felt like I was missing a large swath of context and understanding from the original language.” Given this, Shanky found himself at a crossroads with whether or not to pursue Chinese science fiction as a Ph.D. topic. Then, as he tells it, “I was at a workshop one day when I snuck a copy of Liu Cixin’s The Three-Body Problem from a magazine stand and started reading. The day I picked up The Three-Body Problem was a momentous day in my reading life. Before then, I had honestly never read a Chinese translated book that I enjoyed. It’s shameful, I know, but Three Body Problem with Ken Liu’s excellent translation changed all of that.” The Three-Body Problem began the start of my favorite science fiction trilogy, and I never once felt stilted or translated. It opened a door for me to read more world literature, for one, but, specifically, now my favorite subset of world literature in Chinese science fiction, especially Liu Cixin’s works, and then I felt how madly I was in love with this genre.” 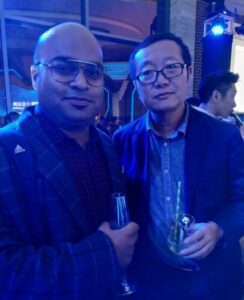 Now, into the second half of his remote fellowship and currently based out of his home village nestled in the Himalayan foothills, Shanky reflects on the impact the global pandemic has had on his research. “After coming back from China, I did not get a chance to resume my studies due to the pandemic. I left most of my material, money, and research notes behind and am still waiting for half of that to arrive. It was a very chaotic phase of my life, and I was not able to focus on my studies. Every day I have to make sure that the food supply, sanitizers, and mask will be available for everyone.” Yet, even with such challenges, Shanky goes on to say that, “thanks to the crisis, I am almost exploring all sorts of innovative formats for remote learning and face to face online Chinese language teaching.” As for his HYI fellowship, Shanky highlights the crucial role such educational and financial assistance has played in his current research. “Without Harvard library access and the Institute’s generous financial assistance, I do not think that I could have reached any point in my studies.”