A historian interested in cultural and intellectual exchange in East Asia 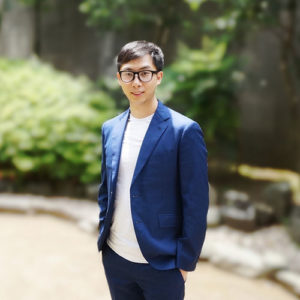 As an undergraduate, Chen Fei’s original plan was to be a lawyer, but “I kind of drifted away along the road.” Instead, he found that he enjoyed learning about Japanese popular culture. That led him to a Master’s program in modern Japanese studies at University of Oxford and a master thesis that looks at the normalization of Sino-Japanese relations in 1972. “For a PhD, I then chose to study in Japan because although I studied Japan, I didn’t have much experience there.” For his doctoral research, he focused on the interaction between Japan and China in the modern era: “The central issue that constantly puzzles me is that while Japan and China have such a long history of cultural and intellectual exchange, they fiercely fought with each other during the first half of the 20th century.” Prof. Chen’s interest in cultural exchange between Japan and China has led to a variety of projects, from uncovering the voices and influence of Chinese students in Meiji Japan, to exploring how historical figures have been made into national heroes.

Now teaching at Shanghai Normal University, Prof. Chen is writing his first monograph on how knowledge from Chinese students dispatched to Japan helped change China in the late 19th and early 20th centuries. In doing so, he seeks to answer the question “How was the Qing empire transformed into the Chinese nation state?” In examining this question, he emphasizes the role of “Japan-processed Western knowledge in giving contours to China’s specific transformation.” 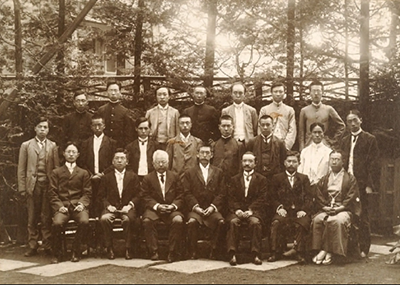 Prof. Chen will seek to answer the question in part by looking at Chinese students educated in Meiji Japan and the journals edited by them. These journals, which number over fifty, were mostly funded by tong xiang hui (native place associations in China) and were often short-lived. Although they were published in Japan, more than half of the copies were circulated in China, whether sold through commercial networks or smuggled in.  He notes: “If you look at the distribution network of the journals, you’ll find that it’s actually translocal or glocal. Journals produced in Tokyo were distributed to most provinces and major cities in China. It’s hard to imagine that this kind of network could exist in the first decade of the 20th century.”

Many of those journals, which were published by lesser-known figures, have been used in previous research as evidence to corroborate the views of leading intellectuals at the time: “People may think contributors to those journals were just followers who listened to the leading intellectuals.” Instead, Prof. Chen finds that the journals “are much more original than we often assume. Some important strategies to transform China come from those students rather than from the leading figures. Those students were active in the reform—they were recruited into the Qing bureaucracy, they drafted laws and they wielded considerable influence in the newly established local assemblies. They were also active revolutionaries. They propagated the revolutionary ideas, plotted uprisings, and even assassinated the Manchu officials. What matters a lot for China is how those students thought and how they acted.” He finds that the journals can be revelatory: “One of the ambitions I have with this book is that we can finally listen to the voices of the students. If we do listen, we’ll find that Chinese history at the end of the 19th century and start of 20th century was not just a series of dramas between reformists and revolutionaries. Sometimes we’d find a reformist attacking revolutionaries one day, and then would loan them money the next.” He also enjoys looking at the journals from different perspectives: “I enjoy reading the advertisements in the journals – the so-called revolutionary journals would even publish advertisements for the reformist journals prior to 1905!” To Prof. Chen, this shows that “the boundary between reformist and revolutionary journals has been at least partially constructed by scholars. It was not that clear in the late 19th and early 20th centuries.”

Professor Chen comes to HYI through a training program on “New Approaches in Asia-Pacific Historical and Contemporary Studies,” held in Tokyo in 2018. He found the interdisciplinary program to be both challenging and refreshing: “The greatest benefit was to hear different voices from those outside my own disciplines. I still remember a scholar who is an expert in Cambodia. She is really far away from my field, but I was intrigued by her research on archaeological sites in Angkor Wat and heritage protection. That kind of interdisciplinary exposure is something I really appreciate.” 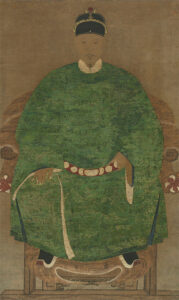 In addition to his first book project, Prof. Chen is also embarking on a project on historical figures in East Asia who were later constructed as national heroes. One figure is Zheng Chenggong, a Ming dynasty loyalist who had a Japanese mother and a Chinese father. Long after his death, “his role was interpreted differently and he was constructed with a very nationalistic paradigm. In Meiji Japan, he was portrayed as a Japanese hero fighting the Manchus—“the barbarians”— and was considered a Japanese colonizer of Taiwan. Then the Chinese students educated in Japan borrowed this narrative to remake him a Chinese hero fighting the Dutch and a Chinese conqueror of Taiwan. Since 1949, both the Communist Party and the Nationalist Party tried to use Zheng to claim legitimacy to rule Taiwan. Yet now in the 21st century, Zheng is considered a Han Chinese colonizer of Taiwan by some Taiwanese scholars who take the perspectives of the indigenous people.” 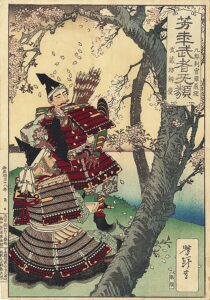 Prof. Chen will also look at Minamoto no Yoshitsune, a 12th century military commander. Although Yoshitsune was Japanese and died in Japan, he was thought by some Japanese to have escaped to Mongolia to become Genghis Khan. Such legend was widely circulated in twentieth-century Japan and even served a role in building Manchukuo. Chen seeks to tie together the two historical figures’ common ground: “they were distinctively different persons, but, long after they died, they were both nationalized as heroes through similar formulas.”