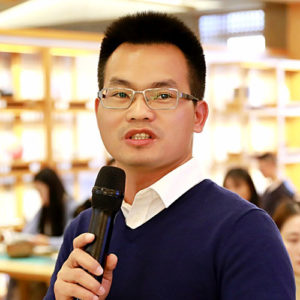 Qin Yanjia has long found himself drawn to the intersection of history and anthropology. “As a graduate student, I learned about the modern history of the southwest borderland between China and Vietnam. I did my first fieldwork about the people who live there. That made me very interested in their culture and history.” He continued to focus on the modern history of southern China as a doctoral student.

Prof. Qin’s current research focuses on Indian social transformation though the eyes of Chinese intellectuals. His interest in India first grew while doing fieldwork in southern Vietnam, where he happened to learn about a database containing tens of thousands of documents about Indian society written by Chinese officials and intellectuals. These include diaries, reports, and magazine and newspaper articles published in the 19th to early 20th century. He finds them to be a rich resource that has not yet been well-explored. “Many Chinese have gone to India, but in China, just a few scholars focus on these histories.” 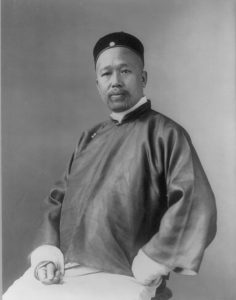 Prof. Qin’s current research project is entitled “Dragon and Elephant: India’s Social Transition under the Writing of Modern Chinese Intellectual Elite (1830-1949).” He aims to trace the fieldwork and writing of Chinese officials and intellectuals who visited India in the 19th and early 20th century, looking at their writing on tea production, the caste system, and the nationalist movement among other issues. He hopes that looking at the Chinese intellectuals’ understanding of Indian society can help deepen the understanding of India in China, and of China in India.

He feels strongly about the role that scholars in the humanities and social sciences can play in deepening this mutual understanding. “In my experience, when Chinese students learn about global history, they learn more about Europe and North America. And many scholars focus on Southeast Asia, Japan, or Korea. When I look at data and documents on modern history in India, I find that the Chinese who went to India found many things that we can learn from India. It’s important for us to learn more from them about how they saw the society of India. Nowadays, with more and more data and resources to do this research, I hope young scholars can make this history clearer for us.” 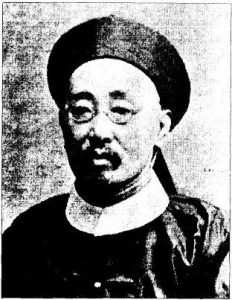 Taking a historical anthropology approach allows Prof. Qin to look at both the big picture and people’s daily lives in India, as seen by visitors from China a century ago. “We can combine the big history and the daily life history together. The Chinese intellectuals who went to India to do business or to travel wrote in detail on everyday life at that time in India – about religion, about industry, and about how people felt about their country. I hope that I can use this data to show different opinions about India at that time, especially for the nationalist movement. In China, we learn that the nationalist movement in Indian history is about Gandhi, but we don’t know how everyday people felt about colonialism and the revolution.”

Prof. Qin’s research also looks at another aspect of India that is of personal interest – tea. “In my daily life, I love to drink tea! More importantly, I want to know how, one hundred years ago, people who lived in China learned about the tea industry in India.” The reports can shed light on how the situation differed with China’s tea industry. “In China, 100 years ago there were tea farmers, but they didn’t have large companies. In India the companies were very big, and they could do global business for the colonial system. I think it’s important that we learn how the Indian tea farmers lived and how the British companies ran their businesses, and how Chinese people learned from that and made changes to the tea business in China.”

He has found that the Chinese visitors to India at the time were also interested in India’s colonial history. “They wanted to find out why India became a British colony, why they could not protect themselves. They worried about the future of China at that time. In their reports, they wrote that the most important thing was the caste system. They made it clear that if China wants to maintain independence, they have to give people a sense of fairness or freedom. They also wrote about the independence of provinces and regions in India, how they were not united and had different religious systems. They thought that if China can develop in the twentieth century, it must be united, not divided into many provinces.”

To conduct his research, Prof. Qin looks at historical documents, including reports and articles in newspapers and magazines from the 19th and early 20th century. He notes that there were more publications reporting about India at that time than there are currently. “There are over 10,000 magazine and newspaper articles from that time, accessible in an online system. I can find about 70 or 80 kinds of magazines and newspapers reporting about India. That is more than nowadays in China! One hundred years ago, many magazines and newspapers reported about India, especially about the financial system, the cotton and tea industries, and political news.”

Prof. Qin finds the writings valuable not just as historical documents, but as a way to shed light on India and China today. “When I read these documents, I think, if you want to know more about the political system in India nowadays, or the relations between China and India, we have to know at that time how people who lived in India ran their country, including its social system and religious traditions. Learning more about Chinese intellectuals’ concerns and interests in India at that time could reveal ways to better understand each other.”