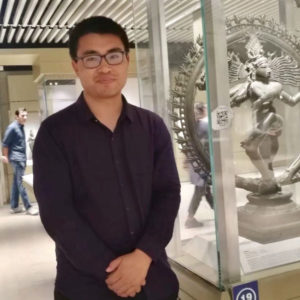 Duan Bin’s interest in Sino-Indian relations can be traced back to his childhood, where he developed a deep curiosity about Buddhism. Hailing from Zhangye, a small western city in China situated along the ancient Silk Road, Duan Bin grew up nearby such historic Buddhist sites as the Dunhuang Caves and the Zhangye Temple. These ancient places and their relics left a lasting impression on him, which was further deepened by his favorite childhood television series, the Chinese classic “Journey to the West,” with its protagonist embarking on a quest for sacred Buddhist scriptures. Reflecting on his early days and his time as an undergraduate at Lanzhou University, Duan Bin notes “perhaps it was this curiosity about Buddhism from childhood that made me gradually interested in the history of Sino-Indian Relations. The unique past of Sino-Indian relations lies in the inequality between history and reality: where, on one hand, India and China are two great ancient civilizations in Asia and have a history of civilization exchange for more than 2000 years but, on the other hand, the relations between these two countries are full of conflict and there are often some exaggerated reports and discordant voices in both current media reports.”

After leaving Lanzhou to pursue his Master’s degree at East China Normal University, Duan Bin found himself in new territory not only physically but academically as well. “Shanghai is a more modern metropolis, in which professors develop new research fields and methods, among which is the international cold war history. In America, the field of Cold War relations has existed for some time, but in China it’s all still quite new.” In choosing Sino-India relations as his focus, Duan Bin found most of his classmates pursuing different paths. “At the time, the majority of my classmates in the History Department chose to research Sino-Japanese relations or Sino-Korean relations during the Cold War period, but to me it’s all very ocean-centric. I come from Inner China, so I was attracted to studying the deserts and mountains that I’m familiar with.” For his Master’s thesis, Duan Bin chose to study the Nehru administration’s border policies with China and to examine India’s transition from being a British Raj to a modern state. “You know, in America, there are so many works about China’s transition from emperor to modern state but surprisingly there’s not much on India.” 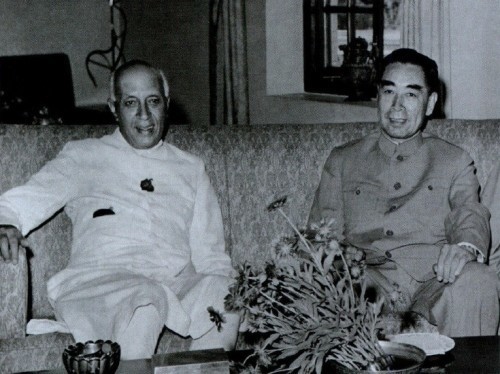 In reflecting on the origin of his PhD topic, Duan Bin mentioned being inspired by the works of Prof. Ezra Vogel, a renowned Harvard social scientist. “In a review of one of Prof. Vogel’s works on Sino-Japanese relations, Mao Sheng paraphrased one of the book’s thoughtful ideas in saying that ‘the real reconciliation is not to forget history or to keep the past in secret, but to look at the history from a new and constructive perspective.’” Inspired by this approach to history, Duan Bin’s doctoral dissertation reviews the normalization and reconciliation process of Sino-Indian Relations since the 1970s and 1980s. “It mainly studies the following question: under the background of the Cold War, what factors prompted China and India to move towards political and diplomatic normalization after 20 years of “Cold War confrontation”? How did the end of the Cold War affect bilateral relations? How did China and India deal with the politically sensitive “Tibet issue” and “border issue” in the process of seeking normalization of bilateral relations? On the border issue, how did the border crisis management and control between China and India come into being, and what are the binding forces? In addition, how did the psychological changes of the media and the public of the two countries take place through cultural and economic exchanges between China and India during this period?” Through answering these questions, Duan Bin hopes to establish a comprehensive understanding of the origin of the current situation of China-India relations.

In conducting his dissertation research, Duan Bin finds the bulk of his materials in national archives which are largely dependent on what countries are willing to declassify. “As the perspective of international history is adopted, our materials come from the declassified archives of China, India, Britain, the United States and Russia. In early 2019, I collected materials at the National Archives of India and the Nehru Library, and found a number of files on the normalization of Sino-Indian relations. China published some memoirs and chronicles on Chinese diplomatic leaders in the 1980s. In addition, the British and American national archives also declassified the files about Sino-Indian Relations in the 1980s.” 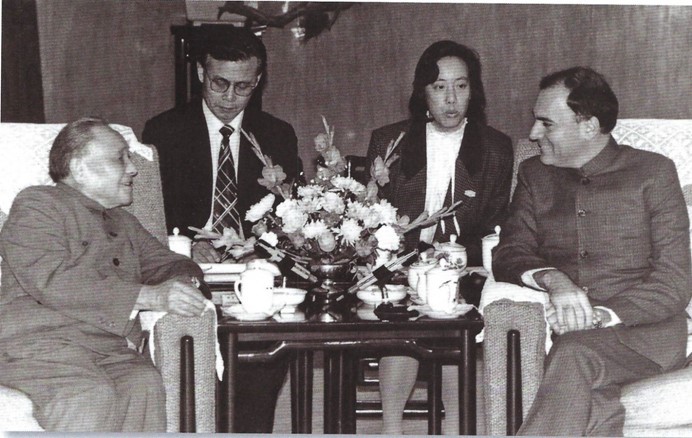 With the recent flare ups in Sino-Indian border conflict, Duan Bin notes that though a temporary agreement has eased tensions, the underlying problems have still yet to be addressed. “Because the fundamental border issue has not been resolved, the nationalist sentiment caused by the bloody border conflict will continue for some time. I hope that my research can explore the history of seeking consensus and properly handling differences in the normalization of Sino-Indian relations, and provide some practical reference for how to draw lessons from history, eliminate doubts, enhance consensus and resolve differences in the process of the common rise of China and India. How to overcome the unpleasant historical memory, how to understand each other face-to-face instead of through the mirror of the west, and whether the two sides have the ability to cross their usual border-thinking framework for dialogue and negotiate to solve the chronic border disease are also key issues to ensure the stable development of China-India Relations.”

Now into the second half of his remote fellowship at the Harvard-Yenching Institute, Duan Bin reflects on the influence the global pandemic has had on his research, globalization, and society in general. Because of the pandemic, his plan to study abroad can only be carried out online, and the plan to collect research materials abroad has also been cancelled. “The emergence and rapid spread of the pandemic has given us the sense that the world is so closely linked. However, isolationism and recriminations by various countries have made us aware of the fragility of the exchanges and connections established by globalization over the past decades. In the post-epidemic era of New Isolationism and nationalism, how to keep dialogue and exchange and maintain world peace and development is a subject that every country and every citizen will face.” Furthermore, the epidemic has also prompted him to rethink the relationship between man and nature and between technology and society. “Up to now, we are faced with the embarrassing reality that we have neither made clear how the epidemic broke out nor invented fully effective new drugs, while some countries are just blaming each other and further isolating themselves. We need to rethink the relationship between man and nature, technology and society, otherwise we are either living under the arrogant assumption of being able to conquer nature while viewing technology as omnipotent, and living within the false rumors we create.”