A Hui community on Hainan Island: Spatial-temporal Concepts and Social Practices of the Hui people in Sanya 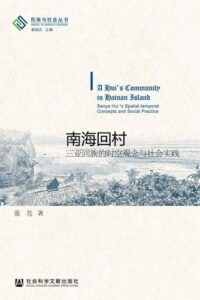 The ethnography A Hui community on Hainan Island: Spatial-temporal Concepts and Social Practices of the Hui people in Sanya, by Dr. Zhang Liang, is based on one year of fieldwork in the Huihui and Huixing communities in Sanya. It examines the trend of individualization in contemporary Chinese society as theoretical background, then attempts to find the spatial-temporal concepts and social practices of the Hui in Sanya and tries to illustrate the mechanism of tension between individuals and society. The shaping of a collective consciousness is also a key concept in this book.

Logically, the narrative in this book reflects the organic adjustment of tensions between state power and local groups. Firstly, state power is subtle and specific to the shape of local ethnic groups. In other words, the state never disappears. Secondly, The Hui community never ceases to create a collective consciousness. However, the two are not antagonistic, but rather go hand in hand. Thirdly, the elements of group identity are multiple.

In theory, the book does not simply adopt the analytical framework of constructivism and substantivism. The author’s research shows that the collective concept is at the core of the Hui community in Sanya. Historical memories, economic activities, social organizations, religious practices and ethnic identity all clearly indicate that the collective consciousness of the Hui people in Sanya is strong, and that this identity has both long existed and has been continuously strengthened by interacting with the state.

Existing research indicates that the origin of the Hui in Sanya is complex. Though folktales, historical texts, archeological materials and field interviews, the Sanya Hui ethnic identity shows its own history. On the one hand, they take the initiative to absorb knowledge and construct their own history; while on the other, in the process of historical construction, the Hui finish their self-positioning and the formation of collective consciousness.

Community construction opens an important window for discussing the interaction and response of state power and local society. Since the 1980s, the Hui community has built a good relationship with the state. On the one hand, the community politically organized under the guidance of state power while self-organizations such as zhuxuehui and the holding of a Qur’an Festival have strongly strengthened group awareness.

The diversity of the patterns of economic livelihood in different historical periods shows that the livelihood of the Hui people in Sanya has not been easy. However, through timely adjustments in economic behavior, the Hui people have demonstrated an excellent ability for adaptability in light of changes in circumstances. As for the Hui in Sanya, “the market” is undoubtedly an important objective reality while, at the same time, a collective consciousness rooted in the traditional ways of life is also a structural element.

From the perspective of religion, a close connection between religious collective consciousness and national identity can be observed. “The Hui people live in a secular and market economy-oriented modern nation-state in Sanya, and Islam has become the core cultural resource for integrating group relations.” It is this consensus derived from daily religious practices that have shaped the strong collective identity of the Hui in Sanya, which has provided a powerful resource to maintain the unity of the group. Of course, this is not completely isolated from the ideology of the state. On the contrary, the two have effectively dissolved the tension between religious beliefs and state power through the cooperation of the Islamic Association and the ethnic and religious affairs agencies.

The construction of identity also reflects the shaping of collective consciousness. Through self-proclaimed names and daily life practice, the Hui ethnic group in Sanya constructed their ethnic boundaries. However, this system is not completely closed, as they actively display their identities to others. “Through their social practices, the Hui in Sanya show the differences and similarities of identities can complement each other and not be mutually exclusive.”

This research is not only peer community research but, taking the ethnography of the Hui in Sanya as an example, serves as a springboard from which we can discuss major theoretical issues—such as collective orientation in a multi-ethnic country and collective strategies in social transformation. The shaping process of the ethnic group consciousness in Sanya not only shows the complexity of ethnic identity but also reminds us to cautiously reflect on the validity of ethnic theory model. While strengthening the collective consciousness with religion as the core, the Hui also strengthen their higher-level national identity. In the wave of modernization, the Hui people in Sanya can respond to the trend of social development with a positive attitude, find their own group orientation in time, and participate in the operation of the social economy with collective consciousness as a core link.