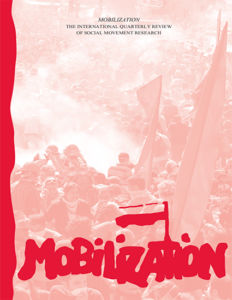 Abstract: This article reveals the trends and characteristics of popular protests in China, drawing evidence from a database the author built by collecting more than 12,000 news stories on China’s mass protests from 2000 to 2019. The data present the ups and downs of China’s social protests over the past two decades, showing that social protest in China has been diffused widely throughout different social groups and has covered a vast variety of issues across a wide geographical area. However, despite the trend of subsiding protests after the mid-2010s, the Chinese state has a lower capacity to channel popular protests into institutionalized forms as in the norm in democratic polities. Under Xi Jinping’s rule in 2013–19, the regime has been relying on increasing surveillance and repression to squash protest activities. Police have also been more inclined to arrest protesters. This study concludes that the dynamics of social protests in China are contingent on its state-society relations and the state’s capacity of channeling contentious politics into more institutionalized forms.

About the author: Chih-Jou Jay Chen was a HYI Visiting Scholar from 2014-15