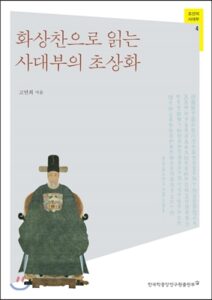 This book introduces a selection of portraits of scholars and high officials of the Chosŏn dynasty (1392-1910) based on the eulogies for these figures. The author, a remarkable scholar completing a second doctorate in art history (in addition to one already earned in classical Korean literature), introduces a part of the humanistic cultural production of the Chosŏn dynasty by using the eulogies included in the portraits to explain art and literature together. Following a brief introduction of the culture of painting portraits and writing eulogies in the Chosŏn dynasty, the author then considers a selection of portraits, dividing them into three categories according to the relationship between the writer of the eulogy and the person in the portrait, namely: eulogies for great masters, for close friends, and for themselves.

It is clear that the portraits of scholars and high officials are well-suited to accomplishing the author’s intention; most researchers agree that they represent not just the culture of portraits, but also of Chosŏn figure-paintings in general. This is true quantitatively as well as qualitatively. Among the large number of portraits painted throughout the Chosŏn dynasty, these portraits of scholars and high officials comprise the majority, while portraits of kings, women, and monks exist in relatively low quantity. In terms of quality, the portraits of high officials and respected scholars show a high level of artistic achievement, as they were produced by the eminent painters of the time, including a number of court painters. Some of these portraits were bestowed by kings upon meritorious retainers; others were commissioned by their descendants. In other cases, people commissioned portraits for themselves. As the portraits were to be afforded the same degree of veneration as the real people they portrayed, painters were required to render the figures as ‘true to life’ as possible; ideally, even a strand of hair had to look lifelike. But in reality, achieving a likeness of about 70% was considered to be just enough. Once the portraits were appreciated as ‘true to life images,’ they were placed in shrines for worship, and often copied repeatedly for generations in memory of the deceased. In front of portraits describing their great friends or respectable masters, select men of letters had the chance to show their admiration as close friends or acknowledged disciples. Some people even wrote about themselves.

According to the author, eulogies from the Chosŏn dynasty contribute to the history of both literature and painting alike. The aesthetics of these polished rhetorical writings are just one example. Good eulogies were to be written in a refined style. But drawing upon a series of eulogies, the author suggests that the essence of these writings lays in expressing, within the length restrictions of the form, the hidden and unexposed natures of the people portrayed in these ‘imperfect’ images. Among the interesting discoveries of the author’s comparative analysis of various eulogies is the nuance in writers’ usage of the word “knowing” (知). In eulogizing great masters, writers often confessed their inability to fully ‘know’ their masters as the form of highest praise. For close friends, by contrast, writers emphasized the depth of their friendship by saying that they were the only ones who ‘knew’ the true virtues of the people in the portraits. But common to these different cases, the author points out, was the value writers placed on describing what was missing and unseen in the paintings.

It is therefore the case that the words in the eulogies are complementary to the images in the portraits. And in viewing the selected portraits together with the eulogies that accompanied them, readers can easily understand what the author attempts to do in this book: show readers a unique way to appreciate these portraits by comparing the writers’ words on their subject with the skill with which painters portrayed them. Unlike previous approaches, which have focused mostly on explaining how the faces and clothing of these figures were portrayed by painters, this distinct manner of appreciating the portraits provides readers with additional ways to understand and empathize with the people in the paintings. Interestingly, in choosing not to follow the conventional way of explaining portraits in Korea, this approach results in a rediscovery of the original function and real value of the portraits: reminding viewers of the real people they portrayed.

In this sense, the author succeeds in offering readers an opportunity to experience the culture of Chosŏn dynasty portraits as a whole. By taking a comparatively new approach to these portraits, balancing the aspects of production (the work of painters) and consumption (appreciation by viewers), this book deserves recognition as a meaningful attempt to expand our perspective on the history of painting in Korea.