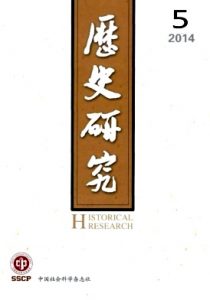 In “The Evolution of the Modern Medical Community: From the General Medical Association to the Chinese Medical Association”, authors Feiya Tao and Hao Wang trace the changes and development that transpired during the transformation of China’s Modern Medical Community. The creation of this community occurred due to the coalition of two existing medical societies, the General Medical Association (GMA), a foreign missionary effort of the late Qing, and the Chinese Medical Association, a Chinese effort to replicate the GMA. These two societies merged to become the ‘Chinese Medical Association’ with Chinese medical professionals taking authority in the governing body as opposed to GMA where the decision-making board was comprised of foreign medical missionaries. Tao and Wang chronicle this merger by addressing a few key questions. The first being, what were the limitations that existed in the General Medical Association? What was the necessity behind this merger? How and in what way were these two associations combined, considering Christian values being the central feature of the GMA and ‘Chinese’ being the main focus of the later one? And lastly, what was the relationship between this new scientific organization and the government? This article attempts to examine the existing literature in both Chinese and English by connecting the histories of the two medical societies, their interactions with each other, the merger process and the influence of this scientific community within China, so as to draw out the historical links in the Modern Chinese Medical System’s transition to a professional body.

The authors try to explain this transition by shedding light on the events surrounding modernity, scientificity and rising Chinese nationalism. The transformation did not occur in isolation, but rather underwent numerous changes from within and was also influenced by political changes during the period. The first subject that the article attempts to trace is the system of transplantation, which leads us to the history of the development of the Medical Doctor’s Association. In tracing the systems involved in the transplantation to the Chinese Medical Association, the authors try to move away from the general notion of just focusing on the group of people involved, which previous studies had already attempted, and instead dissect the social environment and social system under which such professional groups existed. By outlining the developmental history of the GMA starting with the advent of medical missionaries like Peter Parker and E.C Bridgman—founders of the first Chinese Medical Missionary Association in Guangzhou and the creation of the first Medical Missionary Journal leading to the numerous International Medical Congress—the authors explain in detail the various developments that occurred in importing a set of rules for western medical professionals into China.

Three important arguments of the paper as highlighted are, firstly, the GMA was not able to exert much influence in the local community because of its adherence to strict rules like non-acceptance of Chinese medicine as another form of medicine, requiring all participants to be Christians or associated with a Church and accepting only people with medical degrees from accredited institutions. These rules created a barrier for many Chinese medical professionals wanting to join the group. The Chinese community also felt that the GMA was not diverse enough in terms of its membership. The authors argue, by differing themselves from the local community, the GMA was culturally and psychologically distant from the Chinese government. This was one reason which inspired the Chinese doctors of the GMA to put forward the idea of developing a similar kind of a professional society fully owned and controlled by the Chinese. The second issue the article confronts is in reference to the cooperation related to the origin of Chinese Medical Association. The membership of the GMA was increasing steadily with the growing number of elite graduates from renowned medical universities. Renowned Chinese medical professionals who became part of the GMA included Yan Fuqing, Wu Liande, Kang Cheng, Shi Meiyu, Cao Liyun and Diao Xinde. Their thoughts and perceptions on maintaining professionalism in medical science were shaped by participating in GMA activities and they were highly influenced by its ideals. The main feature of the CMA that differs from the GMA is the pivotal importance given to the development of western medicine to safeguard national interests. This important event in Chinese history, according to the authors, also influenced the focus towards a more ‘nationalized centric medical system’ moving away from the missionary agenda in its formation. The third issue relates to the merger and influence of the GMA on the CMA. Most of the Chinese medical professionals in the newly formed CMA were elite graduates from renowned medical universities. The academic backgrounds of the founding members were in British and American Medicine, and they were very well connected with the GMA. In the light of this, the creation of the CMA followed the architecture of the GMA.

The article gives a very detailed view on the process of knowledge dissemination in medicine that took place since the Qing Dynasty, tracing it through the Republican Era and dissecting the various processes that took place during this transplantation. The author argues that the process of transferring knowledge did not happen in a linear fashion, but rather was accompanied and influenced by the changing political landscape. The inception of a modern scientific community, though it was initiated by the medical missionaries with the coherent support of medical elites and in cooperation with state power, could not have happened in such an influential manner without consistent support from the state. The authors state that it was beyond the power of the medical missionaries alone to transform modern Chinese medicine to what it is today. It was the missionary movement that gave birth to the creation of the General Medical Association, an organized scientific body of modern medicine but eventually in the decades to come, Christianity did not become an essential part of this newly formed scientific body. From a western dominant perspective, the first transition took place despite rising nationalism and growing elites. However, as the authors argue, it was through gradual compromise of the GMA with the Chinese, and the coordination between both parties, that advanced the scientific development of western medicine. This development in the later decades fostered the transformation of medicine as a professional body in modern Chinese history.

Although the article is more inclined towards the participation of the Chinese medical community in the formation of a modern medical association and rightly so, what is interesting in this whole scenario is the questions around the power and influence of science and modernity in modern Chinese thinking. Ideological dissemination is often seen to play an important role in the process of legitimizing certain kinds of knowledge systems over others. Western knowledge since the late 19th century gained “cultural authority” as a sign of rationality and progress in China through its body of methodology and experimental knowledge. The formation of both the GMA and CMA was a project accepted by the Chinese elite recognizing the superiority and authority of western knowledge. The creation of the CMA appears to be a desired effort by the western-trained Chinese elites for scientific control of China’s modern medicine by in fact imbibing the west’s domain of rational thinking endowed with the guidance of scientific knowledge. On the other side of the spectrum, we can also look at the establishment of modern medical associations as the superior authority often at the expense of traditional medical knowledge. What appears to be apparent in this whole discourse is the relationship between science and state that predisposed the creation of a professional organization influenced by a certain body of knowledge. The superior authority exercised by GMA up to a certain extent even after the formation of the CMA only proves to a point that although the desire for scientific control of China’s modern medicine was exhibited by both the communities, the ideological underpinnings influencing both were the same.