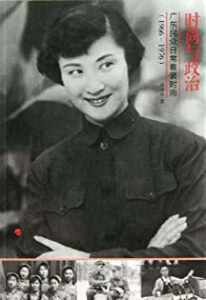 Based on her doctoral dissertation, Sun’s newly published book Fashion and Politics: Everyday Clothing Fashion of Cantonese People (1966-1976) is an empirical study of Cantonese people’s everyday clothing during the Cultural Revolution era. With abundant interview data, illustrations and document literature, the book focuses on a “total society” and asks (1) how a government, along with its political ideology, shapes as well as manipulates the everyday dress behavior of every individual; (2) what kind of dress strategies people adopted under such special institutional conditions.

One intriguing part of Sun’s study is that she uses the word “fashion” to describe the dress habits of people living in “Red China”. These dress habits, at least according to current national memory, are thought to have been highly homogeneous and uniform throughout the country, with the ones below following the behavior of those above. According to the author, fashion is a homogenized behavioral pattern, and clearly the country (国家) played a significant role in the creation of fashion in China during a historical period like Cultural Revolution; not only by defining the legitimacy of social, political and economic institutions, but also by establishing a whole set of dress codes among people from top to bottom. This kind of fashion obviously is different from the fashion in a society characterized by free markets and democratic politics. Thus, one of the main purposes of this book is to elaborate on the differences between those two types of fashion, their respective outcomes, and the operating systems driving them.

In chapter 3, Sun generalizes and describes five major fashion styles of Cantonese people from 1966 to 1976: Military uniform (军装), Chinese tunic suit (中山装), worker uniform (工人装), Lenin coat (列宁装) and Red Guard suit（红卫装). In the following two chapters, the reader finds out how these types of clothing became a fashion trend – a trend coerced by political suppression and ideology. People followed along and wore those clothes as a statement, which said that “I belong to the people”, using them as self-verification, or at least as a kind of camouflage. However, in chapter 6 “Discipline and Resistance”, which might be the most interesting part of the book, the author discovers and analyzes anti-mainstream fashion, beginning with “revolution” on the collars, to small yet significant efforts to achieve beauty or femininity.

The careful recording and research of everyday fashion, which would usually be considered as frivolous, insignificant or too obvious, helps readers to grasp social reality at the time. Therefore, the book redeems the “real life” of people during the Cultural Revolution, which is often imagined as a somewhat abstract “big history”, rather than as the lived experience of one billion people. This book makes an important and solid contribution.