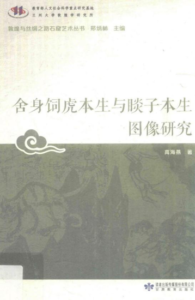 This book selects images from Jātaka of Prince Mahasattva and Śyāmaka in India, Central Asia and China, and systematically researches two Jātaka stories.

This book is divided into seven chapters. The first chapter is an introduction, including research history and methods. The second chapter sorts out the Buddhist scriptures and literatures related to Jātaka of Prince Mahasattva and Śyāmaka and its development and spread. Chapters 3 and 4 introduce the image distribution and composition of India, Central Asia, Xinjiang, Gansu, and other regions of China. The contents and composition of each image in these areas are explained in detail in accordance with Buddhist scriptures. Because the images are based on different Buddhist scriptures, there are differences. The Jātaka stories’ images from the styles of Gandhara and Mathurā in India to the single diamond lattice called “ western type” in Xinjiang, and then to the composition of comic strips in the Central Plains region, show a clear process of exotic religious sinicization. The images of the two Jātaka stories in Dunhuang are the most preserved, rich in types, diverse in forms, and have a large time span, which is the most representative. Chapter 5 introduces the teachings of Buddhism of the two Jātaka stories. In the early days of Xinjiang, there was a long period of Hinayana Buddhism, so the images in this area reflect the theory of Hinayana. Later, grottoes and paintings were influenced by Mahayana Buddhism. The images in Dunhuang and the Central Plains in the Northern Dynasties mostly reflect the teachings of Mahayana Buddhism, which are mainly reflected in the contemplative meditation, Buddhas of the Three Worlds, the teaching of the Lotus Sutra, the teaching of the Vimalakirti Sutra, the teaching of the Nirvana Sutra, and the view of Dharmakaya. From the middle Tang to the Northern Song Dynasty, the Jātaka stories of Mogao Grottoes became part of the mural paintings. In addition, several more special grottoes, such as Mogao Grottoes, Yungang Grottoes, Wenshushan Grottoes and Ashoka Pagoda, are presented in relief and mural forms. The sixth chapter analyzes the influence of historical background at that time on the selection of images of Jātaka stories through some large caves that can confirm the identity of the cave masters or the grottoes with clear inscriptions. Chapter 7 introduces the reasons why the combination of the Jātaka of Prince Mahasattva and Śyāmaka appears more frequently. The spirit of sacrifice and dedication and the concept of filial piety contained in the cave form an integrated system with other content in the cave.

This book systematically sorts out images of the stories of Jātaka of Prince Mahasattva and Śyāmaka in India, Central Asia, and China. These images are combined with Buddhist scriptures and historical backgrounds to provide us with rich information for understanding these images. At the same time, they show the images of different places and dynasties have changed with different Buddhist scriptures and beliefs.

This book does its best to collect images from various places, yet only selects two from the Aśoka Tower as representatives, and then just briefly introduces their contents. The Aśoka Tower has been found in many places in China, which can reflect the propagation routes and processes of Tantric Buddhism and its architecture. While the Jātaka stories certainly do play a part in understanding what Buddhist beliefs are being reflected within the cave, the author fails to convincingly argue the centrality of their role.