The Three Sanchi Stupas: Mundane Aesthetic of the Buddhist Paradise 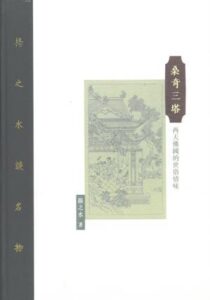 Zhishui Yang is noted for her research about the correlation between appellations of entities and arts documented in ancient Chinese literature. In addition, she is a renowned art historian and this book, in large part, is a breakthrough in Indian Buddhist art from different angles. This book systematically illustrates the decorative designs in the Sanchi bas relief. On the basis of field observations and comprehensive documentary materials, the author elucidates Sanchi art with new insights about narrative. The book consists of three chapters: the first chapter analyzes the Buddha’s life story from his birth to nirvana; secondarily, Jātaka tales (six-tusked elephant, Sudana prince etc.) are described; lastly, Ashoka’s deeds and other mysterious stories related to stūpas are analyzed.

There are three extraordinary aspects of this book. Apart from quoting classic masterpieces (such as John Marshall and Foucher’s works) to introduce the background of Sanchi, this book intensely cites Chinese Buddhist scriptures to interpret the motifs in Sanchi balustrades and gateways. There have been huge amounts of early Buddhist literature translated into Chinese, whose originals are no longer surviving in Sanskrit and Pali manuscripts. These Buddhist myths were extensively documented in Chinese Buddhist scriptures. The author describes these figures and decorative motifs in Sanchi and Bharhut arts in conformity with texts rather than imagination and rendition. Additionally, she cites Pali scriptures. These interpretations will enrich our understanding of early Buddhist art. The second merit of this book is the comparison not only with early Buddhist paintings in Dun-Huang Caves and Ashoka towers in China, but also with parallel motifs in other periods of Indian art in Gandhara and Amaravati and other cultures. As a reader, I am impressed by the author’s broad horizons and extensive research. This book’s third intriguing feature is that her renowned academic background allows her to be extremely observant of scenes such as details about mundane life (utensils, furniture, accessories and ornamental patterns).

However, this book is mainly confined to the field of Buddhist art. It would be much more interesting to read it if Hindu art could be included in the comparison with early Buddhist art. Its delicate photos and systematic explanations make it an unsurpassed landmark in the Chinese academic world in the field of Indian Buddhist art research.