Discovering Metaphors in Categories: A Keyword in Chinese Literary Studies 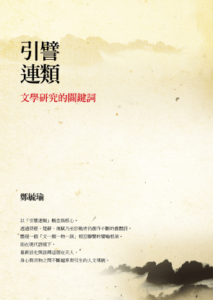 This book explores the phenomenon of “adopting metaphors and associating categories” (yin pi lian lei 引譬連類) in the Chinese literary tradition. What the title seems to suggest only as a “keyword” in fact indicates a profound reflection on the origins of Chinese literature. Centering her study mainly on early literary works such as “Shi jing” 詩經 (Classic of Poetry), “Chu sao” 楚騷 (songs of the Chu) and “Han fu” 漢賦 (rhapsodies of the Han), the author pursues one basic question: How did Chinese literature come into being? Two concepts, “articulation of mind” (yan zhi 言志) and “stimulation by objects” (wu gan 物感), particularly stand out. Indeed, despite later developments and the transformation of both concepts, they have never strayed far from their respectively inward and outward dimensions in forming our perception of Chinese poetry. In other words, combining the inside and the outside worlds, “mind” (xin 心) and “object” (wu 物) represent our basic understanding of Chinese literature. However, Cheng’s book reminds us of the crucial link between the two dimensions, one that has long been overlooked, or taken for granted. That is, how does language function in this “mind-object” system of literary origin? Or in her own words: How do the objects, seen from the poet’s mind’s eye, and the inner world, perceived from the outside, achieve an instant harmony between “feelings” (qing 情) and “settings” (jing 景)? How, on a more fundamental level, does language accord with the “mind-object harmony”?[1] It is primarily in this respect that the book opens a new dimension to understanding Chinese literature.

Cheng’s research traces the concept of “yin pi lian lei” back to the Western Han 西漢 (202 BC-AD 9) scholars’ annotation of the notions of “bi” 比 (comparison) and “xing” 興 (affective image) in the Classic of Poetry.[2] By examining “yin pi lian lei” from a fresh perspective, the author rediscovers “bi xing,” arguably the most important concept concerning the origin of Chinese literature. The whole discussion, based on a dual-focus on “metaphor” (pi 譬) and “category” (lei 類), significantly expands our horizon for understanding Chinese literature. On the one hand, it shifts our attention from “object” to “category,” pointing out that instead of comparing two isolated things, “bi xing” refers to the connection of two categories, or an entire “set” of metaphors. In doing so, Cheng argues that what matters is not the correlation in a particular “object / subject” or “feeling / setting” mechanism, but rather an issue of identification within a “conceptual system” (gainian xitong 概念系統) or the correspondence between two conceptual systems.[3] On the other hand, Cheng refuses to confine “metaphor” to a mere context of static, literary rhetoric and offers a new approach where metaphor is considered a means of viewing and experiencing the world, as well as a state of being in daily life.[4] As David Wang mentions in the preface, “yin pi lian lei,” which is commonly appreciated for its rhetorical value, is enriched in this book so as to touch upon multiple layers in life. It forms the knowledge system and is in turn affected by it, to the extent of being one of the cognitive roots of the Chinese tradition.[5]

Placing Cheng’s research in the scholarship of the “Chinese lyrical tradition”, David Wang points out the most significant value of this book. As a literature with a long lyrical tradition, pre-modern Chinese poetry has always been seen, first and foremost, as a means to voice the innermost feelings of human beings. Pre-modern Chinese literary criticism, as well as modern and contemporary literary scholarship, accordingly, can be regarded as a scholarly tradition of Chinese literary lyricism. Throughout Cheng’s book, underneath each topic, the fundamental theme of literary lyricism is constantly revisited, and eventually brought into a new light. Consisting of six main chapters, the book examines both ancient and modern times, and therefore manages to connect the two temporal ends of this lyrical tradition and explore how “yin pi lian lei” functions on the levels of our body, our knowledge and our culture. As the starting point of the journey, Chapter One sets the quest off with an exploration of cross-category experience based on bodily senses, and rediscovers the relation between the human body and the literary expression in the Songs of the Chu. Chapter Two goes further in exploring the process of crossing and associating categories in the literary richness of the rhapsodies of the Han, as well as the functions of pleasing, satisfying, persuading and even healing embedded in the recital practice of the rhapsodies. Chapter Three adopts a spatial perspective and studies the geographical implications suggested by the literary repetitions in the Classic of Poetry, followed by a look in Chapter Four into the “replacing” and the “mapping” in the “bi xing” tradition and a reconsideration of the Han fu definition in the context of categorical derivative. Chapter Five returns to the original motivation of the study and, through a reflection on the mechanism between categorical association and literary lyricism, summarizes the role played by “yin pi lian lei” in the formation of our cognitive and knowledge systems. Chapter Six provides an experimental study in this newly constructed conceptual frame. Taking the late Qing intellectual Huang Zunxian’s 黃遵憲 (1848-1905) “Miscellaneous Poems on Japan” as an example, Cheng examines the interaction between the traditional Chinese cognitive system based on “yin pi lian lei” and the new, scientific and alien cognizance introduced from the West via Japan at the turn of the twentieth century, which indicates a broader scope for contemplating the reconstruction of Chinese humanities in the modern context.