Between the Collapse of Japanese Empire and Normalization with South Korea: Reconsidering Reparations, Memories and Regional Studies Centering upon Edwin Reischauer

The dissolution of Japanese Empire had been unique in these senses that  (1) firstly, it was done by the allied powers as a result of the defeat with forced evacuation of its residents to its original territories disregarding economic breakdown of each region, (2) secondly the dissolution was originally planned by the US and UK agreement as a part of innovative allied reparation policy to convert such Japanese properties as left in ex-colonies for the basic infrastructure and industrial facilities of independent nations, ROC and a unified Korea in due course of its independence, (3) thirdly the reparation policies had eventually been transformed into economic corporation programs by Japan after 1947 in proportion with the revival of Japanese economic powers, not only because of cold war but because technology transfer had been difficult to be managed within a few years.

How such a unique reparation policy and development have been linked with contemporary history issues?  I want to start arguing this point, focusing upon Edwin Reischauer’s role for formulating US inter-mediation of the normalization process between Japan and South Korea, who also advocated regional studies of Asia as a region, focusing upon each national emotion and psychology enframed with historical memories and democratic values, which should be reflected upon diplomacy. 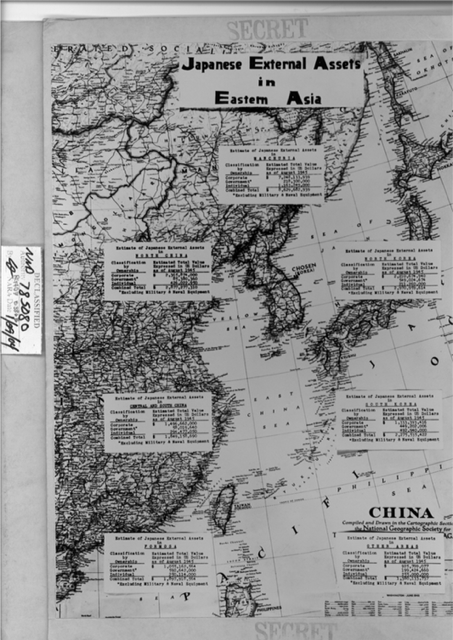 Japanese external assets in Asia, made by the US Army

Hey, Dad, what is modernism to you after all?