An Interview with James Cheng, former Director of the Harvard-Yenching Library

Associate Director Li Ruohong talks with James Cheng (郑炯文), who served as Director of the Harvard-Yenching Library from 1998-2020

After his 22-year service as Director of the Harvard-Yenching Library, James Cheng retired from the Library in the end of 2020. Associate Director Li Ruohong had an interview with Director Cheng before he stepped down. James Cheng reflected on his career path, emphasized his guiding principles for leading East Asian Libraries at major research universities in the US, and shared the changes and transformation that the Harvard-Yenching Library has gone through during his tenure. (A Chinese-language translation of the interview is now available too.)

Mr. Cheng was trained as a professional librarian through a joint program in East Asian Studies and Librarianship at the University of Chicago under the tutelage of Professor Qian Cunxun (钱存训). After graduating from this program, he followed Professor Qian’s footsteps and became the director of the East Asian Library of the University of Chicago, and then moved on to UCLA.  In 1998 he came to Harvard as the third Librarian of the Harvard-Yenching Library, the third-largest library within the Harvard library system, and also the largest academic library for East Asian studies in the Western world, with 1.6 million volumes in more than a dozen languages including Chinese, Japanese, Korean, Vietnamese, Manchu, Mongolian and Tibetan. 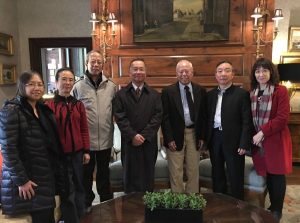 Through his long career directing East Asian Libraries and serving academic communities in major research universities, Mr. Cheng always followed two guiding principles: collections and services are the key to developing and maintaining an excellent library at a research university.

With these two guiding principles in mind, as soon as he arrived at the Harvard-Yenching Library, Mr. Cheng started to work on clearing the backlog and cataloguing and overall assessment of the rare books collection of the library. He closely collaborated with the Harvard Library system to develop and modernize the traditional catalog system and turned the library into a 21st-century research library for scholars, researchers, faculty and students at Harvard and beyond. 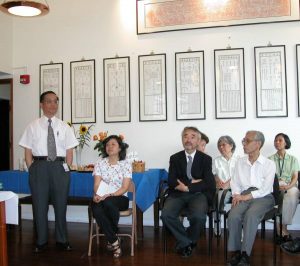 In addition to expanding the library’s collections and enhancing its services, Mr. Cheng initiated two programs to further improve the library’s scholarly impact and international cooperation – a visiting librarians program and a large-scale digitization project. The former promotes exchange between Asian librarians in leading universities and the Harvard-Yenching Library, and the latter has digitally opened up the most valuable and uniquely available collections of the library to scholars around the world.

On behalf of the Harvard-Yenching Institute’s entire academic community and our staff, we thank Mr. James Cheng very much for his dedication and services, and, in particular, for his special care and support to our visiting scholars and fellows for so many years. We are most grateful! We wish him health and happiness in his retirement, and that he may enjoy travels, Chinese classical novels and Martial Arts novels!

We welcome you to read the entire interview at this link.

Read a Chinese-language translation of the interview