An A.M. student in Harvard's Regional Studies - East Asia (RSEA) program interested in legacies of Maoism in Chinese literature in the postsocialist era 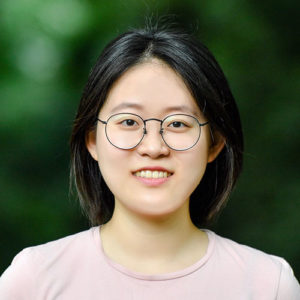 While studying for her B.A. and M.A. at Nanjing University, Kuo spent time abroad in Norway and Germany.

“I went to Norway because I was curious about how it felt to live in another cultural environment and study a foreign language from zero.” Although she has since forgotten her Norwegian, a class on Ibsen’s plays has stayed with her. “What really impressed me about that class was that we went to the theater and watched the play in Norwegian. I didn’t really understand the script but still, I was able to feel something through the performance and through the music, and everything that was only possible in that moment in that place. That really grew my understanding of what’s fascinating about theater.”

Her time abroad in Germany led to, among other things, reconsidering what East Asian studies really means. “I took a class in conceptual history. We talked about how one concept took roots in different countries, such as Japan, China, and India. That was a new way of thinking for me, because I hadn’t taken any history seminars before. It was also my first time jumping out of the frame of national history.”

Now enrolled in Harvard’s Regional Studies – East Asia (RSEA) A.M. Program, Kuo spent her first year attending classes remotely while based in China. Although the time difference has been a challenge, she found classmates and teachers were very flexible and supportive. For her first year, a pleasant surprise was realizing the variety of classes available to her. “I was struck by how many classes Harvard students are able to choose from.” Classes on the Cultural Revolution and East Asian environments, though outside her field, still felt connected to her research topic. She notes how the East Asian environments class “talked about the Fukushima Daiichi nuclear disaster, the Three Gorges Dam Project in China, and the demilitarized zone in the Korean peninsula. I learned a lot from this course …[how] three events that seem to be totally separate can actually be connected with each other by many common topics, such as pollution, relocation, poverty alleviation, just to name a few. It opened my thoughts about how I could approach Chinese literature, because history, environment, and transnationality are also important topics in literary studies.”

As a first-year student in RSEA, Kuo joined a proseminar with her fellow classmates. “All of us really cherished the time we spent together. During the proseminar we shared our feelings about remote learning, and how anxious but also happy we are to think about our A.M. thesis topics. We shared our concerns about having no access to real libraries and how we could find digital books.” The group also organized a virtual graduate student conference, HEAS (Harvard East Asian Studies). Holding the conference remotely allowed for world-wide participation. “We did it in an innovative way—the guest professors and panel participants were dispersed all around the world. So were the viewers.” The conference provided a valuable experience for next year’s conference. “I learned a lot from reading the submissions, inviting guest professors, and moderating one of the panels…I got to see how much support an academic community has to offer.” 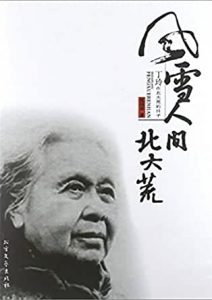 As she wraps up her first year in the program, Kuo will spend the summer reflecting on her A.M. thesis topic, which she plans to write on legacies of Maoism in Chinese literature in the postsocialist era. “One thing I’m thinking of right now is focusing on a specific site, for example Manchuria, about what Chinese literature happened in this physical location.”

Kuo hopes to spend her second year in residence at Harvard, first and foremost looking forward to “meeting the professors and classmates in person!” She also looks forward to taking Japanese language classes, an interest spurred from her spring semester course on East Asian environments. “I got really interested by how the Japanese people recovered their lives and tried to restore their community after the Fukushima disaster…but there are a lot of materials in Japanese that I cannot understand. So Japanese language is something I will work on next semester.”

As a HYI RSEA fellowship recipient, Kuo has also joined HYI’s activities with its other remote scholars and fellows based in Asia. “The fellowship provided me with access to the HYI events where I knew about this year’s Harvard-Yenching scholars from all over Asia and their fascinating research. I also look forward to meeting the new cohort next semester.”