Dr. Lin Chaochao’s research, State, Self-Identity and Class Formation: A Study on the Material Life of Shanghai Workers, is a theoretical reflection on her previous works, which center labor politics in China through a contemporary historical lens. 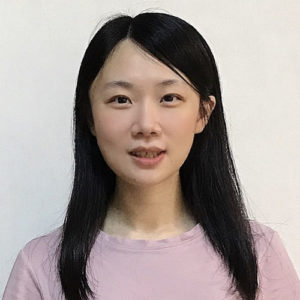 Lin Chaochao has had an affinity for academia since she was young – “I wanted to be a teacher since my childhood;” she notes, “I had a small blackboard. Every day when I finished school, I reviewed my lessons on this blackboard by imitating the way my teacher spoke. I really wanted to be a teacher.” With this goal in mind, she attended Central China Normal University, and decided to pursue a bachelor’s degree in her favorite subject – History. Her time at Central China Normal University was formative for her, and it began her journey to become the remarkable scholar she is today. “It was the first time that I studied and lived separately from my parents. Since then, I became more independent and got used to making decisions for myself.” 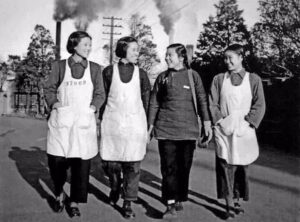 Upon receiving her bachelor’s degree in 2008, Lin decided to pursue her research further. That same year, she was admitted to Fudan University as a graduate student of modern Chinese history, “I was immediately certain that I wanted to explore contemporary China and take workers as my research focus.” Her graduate work initially investigated the way class identity was formed by changes within the workers’ lives, particularly after the foundation of the People’s Republic of China.

Lin’s connection to labor politics is not limited to academia: “I was born in a workers’ community, which was in the dormitory of a large state-owned shipyard in Fuzhou. I have personally experienced the rise and fall of China’s state-owned enterprises and had a strong interest in the experience of my grandparents.” As an example, “My grandfather was the first group of workers in this shipyard. He later became a section chief in the workshop. Most of my relatives worked in this shipyard and lived close to each other. At that time, state-owned enterprises provided a variety of living materials for their employees, ranging from housing to sugar, which was the favorite condiment of Fuzhou people. For the staff and workers, the enterprise was the whole and support of their life. In the late 1990s, however, a large number of workers lost their jobs in the process of state-owned enterprise reform. My parents kept on pursuing advanced studies and training so that they could survive in the fierce competition. Perhaps precisely because of this reason, they have been supporting my further study.” 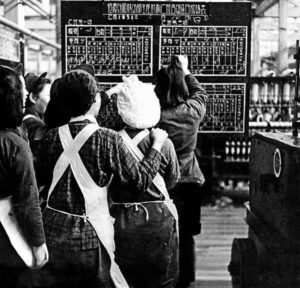 Lin published Mobilization and Efficiency: Shanghai Industries under the Planned Economy in 2016. This book expanded upon her doctoral dissertation while at Fudan University and discussed the efficiency and influence of China’s planned economic system. Her writing concerns the effects of China’s two main decentralization reforms – one during the Great Leap Forward in the late 1950s/early 1960s, and another in the late 1960s/early 1970s – had on industrial productivity in China. “The institutional incentive brought by the decentralization reform greatly aroused the enthusiasm of the local governments and enterprises. But the slack of institutional management caused by decentralization made China’s planned economy continue to fall into a trap of low efficiency.”

Lin’s work is primarily focused on contemporary Shanghai, which, she notes, has attracted the interest of scholars across the globe due to its reputation as the birthplace of Chinese modern industry. She describes the core of many scholars’ interest in contemporary Shanghai as “How capitalist Shanghai has been transformed into socialist Shanghai, and what remained unchanged are our common concerns.” She researches how, after its transformation into a socialist state, China seemed to have a desire to shape the working class. “The state variable played an important role in explaining or narrating the patterns, character, and paths of working-class formation. However, it doesn’t mean that the working class can only be passively accepted.” Lin believes that comparing the ways in which Chinese workers formed their own class identities via their own interests and the role the state had in forming those identities is worthy of additional exploration.

“With the establishment of a socialist economic system,” Lin notes, “the new regime strengthened class discourse and its intervention in enterprise management systems.” Her research asks the questions “How does the regime control class contradiction and conflict to realize the continuity of production relations? How do formal and informal management systems affect workers’ resistance?”

While Lin’s training has centered primarily on contemporary history during and as a result of China’s Cultural Revolution, she’s kept a keen eye on an issue involving the future of work politics: digital labor. “In recent years, the research of digital labor has attracted much attention. Different from business organization and the labor patterns of traditional manufacturing industries, the arrival of the digital age has greatly changed the capitalist mode of production and labor.” Her analysis of digital labor looks into consent and exploitation: she is interested in how workers are influenced by the emergence of a new “making out” game (赶工游戏 a concept she learned about from Michael Burawoy’s works,) in which capitalist corporations manufacture their workers’ consent of their own exploitation via competitive, internal systems of rewards and accomplishments.

Although the Covid-19 pandemic prevented the HYI community from being able to convene and work together in Cambridge, Lin is optimistic about her year as a visiting scholar. She looks forward to accessing books about Chinese industry, workers in Shanghai, and the planned economy of the Soviet Union through Harvard’s virtual collections. Lin would like to tell her HYI colleagues, “I hope this research has international vision and the value of comparative study. I’m glad to join in HYI community and to communicate with scholars in other disciplines.” She looks forward to inspiring – and being inspired by – her fellow cohort this year.