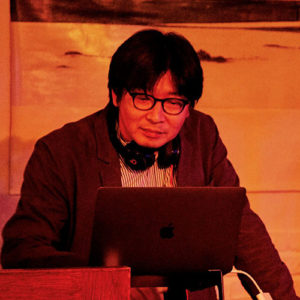 It was in Greece that Ohwada Toshiyuki found an early exposure to American culture – “I lived there a couple of years as a child, and went to an American school from age nine to 12. That’s where I encountered American culture indirectly.” Later returning to Japan, he first studied economics as an undergraduate, but for his graduate study, found a greater passion for cultural history and literature.

As a PhD student he wrote his thesis on Herman Melville, but found his interest increasingly drawn to the study of music: “I noticed that popular music studies was not very well introduced in Japan. I started to read academic books on pop music and it was really interesting, because I’d been reading music magazines but the approach and terminology was really different.”

The interest in music studies was also personal: “I started playing piano at age three, and took up electric bass as a teenager, playing in a rhythm and blues band in high school and college.” As an undergraduate, he belonged to the same music circle (college club) at Keio, though not contemporaneously, as a central figure in the city-pop music movement, which is part of what he will study at HYI. 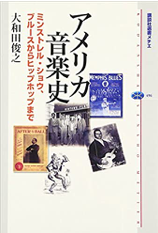 His first book was on American popular music –『アメリカ音楽史——ミンストレル・ショウ、ブルースからヒップホップまで』(Cultural History of American Popular Music: From Minstrel Show, Blues to Hip Hop), which won the Suntory prize in 2011. “Each chapter is on a different musical genre. I put in all these identity exchanges – like the exchange of racial identity with blackface, or Pete Seeger pretending to be a working-class guy, or George Clinton from Parliament saying he came from another planet – which makes American pop music so interesting.” 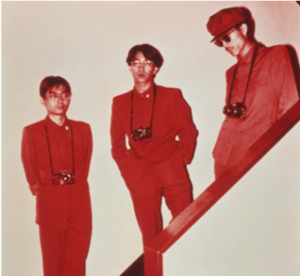 This earlier work is connected to his current project, in which he plans to study the relation between popular music scenes in Japan and US: “It didn’t seem like the 1970s and 1980s popular music scene in Japan was introduced enough.” Focusing on the Japanese synth-pop group Yellow Magic Orchestra (YMO, who were active from 1978-83, and whose music was sampled by numerous hip hop musicians in the US) and the genre of “city pop” or “new music” in Japan in the 70s and 80s (which was influenced by soft rock/jazz fusion), Prof. Ohwada will use an Afro-Asia framework to review the music scenes in postwar Japan. This framework also involves other countries in Asia: “It’s really interesting, because it’s not just Japan and the US. [With YMO], they wore a stage costume that fans started to call ‘Red Mao suits.’ This was done in a self-orientalist fashion, playing, in a way, with the Western gaze.” One YMO band member was “really influenced by the cultural revolution going on in China. Another was non-political, and his China was more the world of Daoism. If you look closely, there are these different images of China by two important musicians in Japanese popular music history.”

Having arrived in the US to start his sabbatical in early March, Prof. Ohwada’s situation is unique in that he is the only HYI Visiting Scholar this year actually residing in Cambridge. Living in the US has impacted both his family and his research: “My family arrived just before the pandemic. I remember President Trump beginning to talk about the “Wuhan virus” and there was news about prejudice against Asians / Asian Americans. I was very thankful that the Cambridge public school my kids attend held a special class and made sure the virus would not be connected to any specific ethnicity/race. But as an Asian family, we felt a bit nervous especially when we took a walk outside with the kids during the first few weeks of lockdown. And then, in late May, George Floyd was killed and there was the Black Lives Matter movement—which forced me to rethink my research project. ‘Afro-Asia’ was not just a random cultural framework anymore that I chose for my research, but it was political and historical, and it felt real to me, especially living here in the US.”